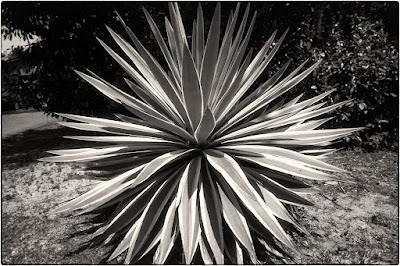 A forecast of rain kept me from sealing the deck, a rain that didn't come until nightfall.  I coulda/should/woulda sealed it early in the morning if those liars at the Weather Channel hadn't told me not to.

Instead, I sat down at the computer and cooked up the scans from the roll of Babylon 13 I did the day before.  I like saying "Babylon 13," but I truly love the creaminess of the images it produces.  So. . . not just one image did I cook, but another, then another, then another.  And then I looked at a pile of pictures I had been asked to scan for the famous German auteur who was coming to my house for dinner that night, and I decided to get that done, too.

By the time I was finished and stepped outside, the mugginess was overwhelming.  It was too late to think about exercising outside.  Oh, well. . . what is easier to skip than a day of exercise?

I went back to the computer and worked on some old things I shot in the studio so long ago.  I practiced my chops.  There are hundreds of images that deserve cooking. I scanned some old Polaroids, too, and tried the old magic on them.

And then, through some sort of witchcraft or wizardry, it was mid-afternoon.  Demands were being made of me.  I needed to go to the grocers.  I needed to clean up the photographic messes I'd left lying around the house.  I needed to shower.  I wanted a drink.

Before I left, though, I sent some of my cooked up scans to Q.  He didn't like them much, or so it seemed. But such has been my lot lately.  I am under a dark art cloud.  I've not been getting much positive reinforcement for my people-less Covid work.  But don't worry.  I am not like some kid on TikTok who is not getting likes.  I'm not going to hurt myself or someone else.  I'm stable and cocky, see.  I've got two feet under me, so to speak.

I get the feeling, though, that Q didn't like my treatment of the picture I posted of the kid and his coach.  He didn't realize that I was sincere in my fascination with such things.  I just told myself he didn't like my new identity as Plant Portraitist because he was being mean.

So I went out and got the things I needed, laundered the new Jap pants that came in the mail that day, showered and got pretty, then put on my groovy new duds and poured a cocktail.  I had half an hour to kill.

Which turned into hours.  The famous auteur was famously late.  So. . . I'll admit it.  I'd been drinking.  And we had wine with dinner, one bottle, then we opened another and then I offered up some Vouvray for a desert wine which won plaudits all way 'round.  You really must try a bottle of Vouvray if you have not yet.

By the time the party was over, it was midnight, and when everyone was gone, well. . . I'll admit it. . . I had a bedtime drink.

There should have been water somewhere in that day, I know.  I know it this morning.  I didn't get up for a very long time.

And now the day is muggy once again, and I am slow, and god knows all I want is brunch with mimosas.  And maybe later, a little nap.  I feel the oppression of the new camera gear, however, the money spent, the need to use and justify.

But good God. . . I'm taking photographs of plants with the old Canon EOS 1 camera I bought for $30 off eBay filled with that luscious Babylon 13 film.

Whatever.  I think they are sexy. 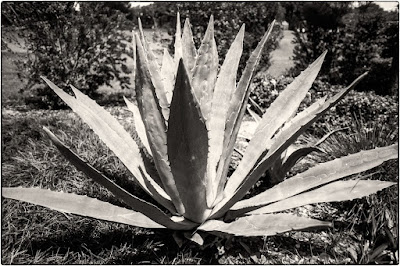 My YouTube channel is "blowing up."  Meaning I have literally tens of people coming there.  Actually, the  Larry video has reached over 300 views, I think.  I have another one of him that I am not sure I can post.  It is a bit graphic.  Maybe I'll need to start a new channel to do what I talked about doing last night.  I don't know right now.  I'm in no mood to strategize.

Music!  There must be music!  I haven't given you any for awhile, so here. . . hear.  Make yourself a mimosa and relax.