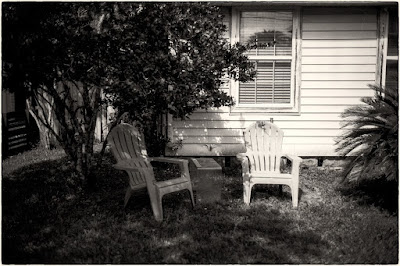 I should be out there already.  It is going to get really hot today.  To top it off, it rained last night.  There was no rain in the forecast, but I was awakened by the storm.  It sounded like a doozy.  That means it will be humid today and the mulch will be much heavier.

I didn't do so well yesterday, either.  The "boys" at the gym talk to me now.  They are a conservative lot of developers, builders, and other big money guys.  They play golf.  You know what that means.  These guys are conservative.  There is fellow in the gym, however, who teaches film.  He is a chatty guy, and he is always asking the most improbable questions.  He asked me once if I had a favorite word.

Yesterday while I was working out, he told me that a judge just reduced Ghislane Maxwell's sentence, just went in and threw some of the sentencing out.  I hadn't seen anything about this in the news, I said.  But then I made a mistake.  I opined.  I tried to back up.  I said that my moral gyroscope wasn't set like many people's and I don't expect that most will agree with me and don't think I will change other's minds.

But the Chatty Kathy kept on.  He would speak of right and wrong, and it was at this point that I said I didn't believe in those as universal concepts.  Quick as a flash, he was invoking baby rape and a group of guys came 'round.  One big redneck from Tennessee looked ready to pounce.  He doesn't like me, I can tell, and I don't give a shit but right now I was the baby raper standing before Puritans at the Young Men's Christian Association.

I was nearly finished with my workout, thank god, and I moved to a different part of the gym and got through without further discussion.

Then, last night, I went to dinner with a celebratory group, few of whom I knew.  I sat next to a fellow who lives in my neighborhood and across from a couple I didn't know.  This was my conversation group for most of the night.  The woman was a prig and my neighbor is an Ivy League graduate, snide and smarmy, and he enjoys getting in his little digs.  I don't know, man, my instincts usually serve me well, but I seem to be off kilter.  I can usually disagree with people while making them laugh, but I wasn't making anyone laugh that night.  Just to give one example, a fellow at the table said his students often tell him he looks like Michael J. Fox.  I blurted out, "They are flattering you."  It should have sounded funny, but the table groaned unappreciatively in unison.

No need for more illustration.  Besides, I have to go move mulch.

So, yea. . . it's going to be a hot one today.  Get yourself a sassafras and take a chair in the shade.  I'm going to put on my BBC shorts and get to work.