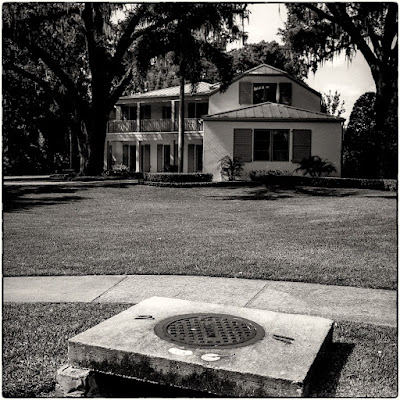 See this.  It is almost a good photo.  It needs a startling little girl holding a ragged doll by one arm in the foreground of the yard, behind the sidewalk.  Yup.  That would make it wonderful.  Or perhaps an inflatable kiddie pool in the yard with a little girl sitting in it and her brother sending a stream of kid pee into it.  I know. . . but it would be ICONIC.

That's what I think, anyway.

Why won't parents lend me their children?  I don't know.  It's a hard world.

And weird.  I just sent my friends a link to a Google search on which ethnic groups have the most abortions, and it is obvious that republicans are wanting more minority children in America.  They have become the liberal party, the party of Black (and Brown) Lives Matter.

But maybe you don't know the reference.

And, of course, the conservative Supreme Court is for religious freedom.  Thusly, the Satanic Church wants to fly their flag at the Boston courthouse.  Of course.  You really didn't see that one coming?

Shell Oil Company just recorded record profits of 9.1 billion dollars.  My republican buddy replied to the news, "Shell is selling oil for money now.  Did you notice that?"

The rich get richer and the poor get babies.

And everyone is getting high.

Republicans are blaming Biden for the downturn in the economy.  I looked into this for them.  Other countries are doing worse.  Huh.  I wonder how Biden did that?

Oh, yea. . . he made Russia invade the Ukraine and told people to spread diseases far and wide.

Amber Heard testified yesterday.  She'll win.  She can actually talk.  It doesn't take her twenty or thirty seconds to get out a phrase of two or three words.  Both her and Depp are shits, though.  I can't figure out why the court doesn't just put them both in prison.

I do love the trial, though, especially when people with better educations make the attorneys look like the arrogant hillbillies they are.

I say only better because their degrees are in the social sciences.

I forgot to tell you that I am REALLY blond after my trip to the beauty parlor.  My beautician has become fascinated with Reiki.  She is going to be a healer, see auras, clean chakras, etc.

"It's all proven by science," she said.

"They are not peer reviewed and published in established journals.  They are not science.  If this was science, every hospital would be practicing this.  Do you think doctors just don't want to use real means to heal people?"

Anything but science.  That's the motto.

She is learning hypnotherapy, too.

When I got home, I looked up some things.  The Mayo Clinic uses hypnotherapy.

When I was at the university, I worked in the teaching hospital.  I filed things.  I'm sure nobody ever found those documents again, or at least not on purpose.  But while I was there, the university brought in witch doctors to treat patients.  There were a lot of Haitians in the rural part of the county.  They picked tobacco.  When they got ill and were brought to the hospital, often traditional medicine wasn't working because the patient believed they had a voodoo spell cast on them.  The shaman had some kind of anti-voodoo stick.  I forget what it was called.  But when he was used in combination with the medical treatment, there was much more success.  The Department of Anthropology was involved as I remember.

A witch doctor on the lawn in that photo might work, but it would look too much like Johnny Depp in "The Lone Ranger."  Nope, a little girl with a doll.  That's the ticket.