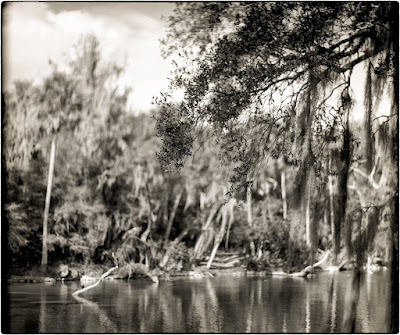 I'll try to write this even though I'm loopier than a carnival ride.  I have little tolerance for drugs, I guess.  I took an Advil PM and a Tylenol before bed.  I slept through the night and into the morning almost pain free, at least as near as I come to such a thing.  But, per usual, I cannot come to my senses very well this morning.  Per usual after taking the Advil PMs, I mean.  WTF do they put in those things?

I've been watching a series on Netflix that comes out of Isreal.  I think.  It is about a Jewish family in Palestine in the earlier parts of the 20th century, between WWI and WWII.  I am part Jewish, maybe, from watching comedians when I was growing up, that whole Borscht Belt crowd. On my first trip to NYC long ago, I wanted to go to a Jewish deli.  When I got there, however, I didn't know what to order.  Knish.  That was all I could remember.

I didn't know there were "kinds." I ended up with a potato knish.

I went to a camera store run by Hasidic Jews.  I asked a man if I could see a camera.

I didn't know what to do.  Should I beat him up for speaking to me that way?  It didn't seem like a good idea.

I wasn't as Jewish as I thought.

But the protagonist on the show owns a deli in the Jewish Quarter, and the food all looks so delicious.  I think I'll buy some Halvah today.  They eat Halvah and drink dark tea out of small, clear glasses.

I hung around the house yesterday in spite of my better desires.  Sometimes, you know?  I just didn't seem to have any gas in the tank, so to speak.  I putzed with some old files on the computer and eventually got the big camera out and exposed some glass plates.  I wanted to try an idea for developing them.

It didn't work.  I got nothing.  I will begin again today.

I scanned some negatives that I had hung to dry the day before.  The photo at the top is one of them, a photo I made so long ago with the Liberator.  Why didn't I develop them back then?  Why did I quit using the camera?  I look at the pictures now in wonder.  They are haunting, I think, and utterly beautiful.  I want to take more.  I need to get used to carrying the camera.

In the late afternoon, when it was time to go to my mother's, I thought to call her and say I wouldn't make it, that I wasn't feeling well.  But I was developing film and was running out of fixer.  The camera shop would be closed Sunday and Monday, so I needed to go.  I decided to pack up my vacuum cleaner and the weed killer that I told my mother I would bring to her.

Good son that I am.

I packed up the Liberator.  I would stop somewhere and make pictures, I thought.  I grabbed one film holder.

On the way to the camera shop, I passed the big open park that lies between the city's theater, science center, and art museum.  I'd forgotten.  There were cars everywhere.  Big tents filled the empty spaces.  The Fringe Festival, that paragon of bad theater, was in progress.

"I should stop," I thought.  "I should get out now and take some photographs."

Potential images ran like a film through my brain.

"Stop the car," I thought, but I didn't.  I was a mess.  But I would go back.  I would.  I'd get up some gumption and go with the big Liberator and get some of the greatest photos I'd ever taken.

After the cameras store, driving to my mother's, I passed another huge empty park.  More tents.  More cars.  But this was for something weird and cultish, it seemed.  Were they going to joust?  There were no horses.  But people looked to be dressed as in the Middle Ages.  They had long swords and. . . and what were those?  Jesus, man. . . stop the car!  Take some pictures.

They wouldn't be there tomorrow.

At my mother's, I gave her the vacuum cleaner and changed the bag for her, then I went into her backyard and sprayed the weed killer on her fence line.

"Hey, ma, come here.  I want to take your picture out here in front of your garden."

I got the Liberator and the film holder from the car.  I took one.  I flipped the holder and took another, only the camera strap fell against the shutter knob and held it open.  Oops.

"I have to practice.  I keep making mistakes," I told her.

I should have brought more film.

When I got home, c.c. had sent me a photograph of his cocktail and a note saying, "Back in the USA."  He had gotten back from Paris the day before.  I sent him a photo back.

I sent it to many of my friends, too, the ones who still drink or who have not gotten tired of the repetitive cocktail images.  The list is still fairly large though it has shrunk a bit.  I, of course, got multiple responses, people sending me pics of what they were drinking.  Obviously, it was the cocktail hour.

Red sent back a picture of her Saturday. 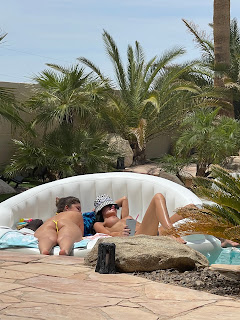 "I'm not living right," I wrote back.

Other messages came in, my only contact with "the world out there."  When the cocktail was done, so were the conversations.  I was on my own for dinner.  I watched some videos while I ate.  This one stung.

You don't have to watch it.  But it explains some things I haven't quite said.  The Cat's cool.  Maybe it's just the accent.  Well, he's a good looking fellow, too.  And he's self-effacing.  What can I say?  He seems a real mensch.

I'll make pictures today.  I just don't know if I have the chutzpah to take my Liberator to the Fringe Festival.  I want to be August Sander, but it takes more than fay desire.  I tell myself it would be easier if I were somewhere else, if I wasn't in my own hometown.  It would be better to look like a nut where people you know wouldn't see you.  But you know, that fellow in the video. . . .

C.C. also sent me a song along with the picture of his cocktail.  A good one.  A really goddamned good one.  Oh, yea.  Makes you think.  Old c.c. and his ironies.

I'm so glad to be living in the USA.