Anxiety Over the Good and the Easy 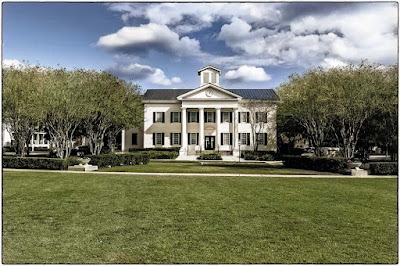 I should never have said I wanted to photograph my friend's daughter.  Now I'm a wreck.  I've been going through the old equipment from the studio along with the new equipment, too.  The old stuff from the studio is packed away in crates and boxes in the garage.  It is a mess.  I'm trying to find connectors that will make the old stuff work with the new stuff--unsuccessfully.  Yesterday I went to two photo stores looking for things without any luck.  I will have to order what I need online and hope that I order right.  But to what end?  I have no studio.  God, I wish I had the studio again.  I am trying to set up a studio in my living room, but that feels about like transforming the school gymnasium for a high school dance.  Do they still do such things?

Another photographer has offered me the ability to shoot in his little studio, but I am afraid it is much too tiny.  I don't think I'll be able to position everything in there.

There was so much space before.

So now I'm stressing myself out.

Today I am going to the museum to see the contemporary art exhibition of artist in my own home state, after which I am meeting the factory group for happy hour.  My people-less world gets peopled.  This, too, makes me anxious.  I weary of people so quickly now.  This group has its expectations of the me I've mythologized, now to my own regret.  I can't live up to those expectations any longer. 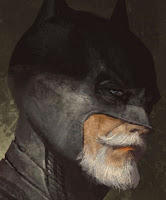 And yet, I still try to control the narrative.  I will have to drink which I haven't done since getting sick.  I will have to represent.  It is quite possible, too, that the mother of the girl I am to photograph will be there.  What horrors might unfold?  At least two people in the group had been to my old studio.

"He'll probably want to get her naked."

"Though I don't see any moral problem with nudity and the human form, that is not necessarily true."

"He'll probably want to get her naked."

Sure, I want to photograph everyone in their native form.  But, you know. . . it's not a deal breaker.  I must admit, though, that I DO love the scandalous.

Per yesterday's post, I do not want you to think I've switched my politics.  I've not gone to the other side.  I am simply worn out with the ineptitude of democrats.  Biden's big cash giveaways have been bandaids on a terrible wound and completely ineffective.  He wants to cancel student debt for those who tried an end run around education by selecting for-profit colleges that seemed to promise some kind of easy access to university degrees.  He would forgive the debt of those who tried not to try and never succeeded while others who degreed from legitimate colleges are left paying on their own.  Now he wants to rescind the gas tax for a few months.  To what end that?  We'll have to pay in some other way.  The government is not going to simply stay, "Yea, we were not really using that money."  He has done nothing to tax the rich and rich corporations, but he has put a lot of economic burden on the legitimate middle class.  He drives them evermore to the radical right, even those who do not say it aloud.

Oops.  Never mind.  I've been watching too much t.v.

I've only had one meal with meat in the past six days.  I may continue on this track awhile and see how it feels.  I'm preparing for the coming holocaust where we will be lucky to have beans and rice.  But beans and rice are really, really good.

I want to get away, to get out of town, or so I say, but for the next couple weeks, I am duty bound to my mother.  She has made a number of medical appointments.  I asked her if she wanted me to take her, and she said yes.  I don't blame her.  She wants another brain to reassure her.  All I can do is cross my fingers and hope as the springs of the old clock begin to wind down.  Both hers and mine, I'd guess.  I'm increasingly impaired as the injuries from my accident grow steadily worse.  Too many broken bones, too many incised muscles, too many ripped and torn things left unrepaired.  Some days, now, I can't reach above my head with my left hand.  Such a thing is terrifying.  I guess I wasn't prepared for a continual decline.

But you know. . . I have a long-standing reputation to uphold.

Grumble, grumble, grumble. . . it's the heat.  Today and tomorrow are forecast to be 99 degrees.  There is a reason for those brutal summers in Faulkner's novels.  Summer is the time of hatred and murder in the sunny south.  There is meanness and madness.  Women get raped, men go missing, and general brutality rules.  We seem to be living nationally in the Time of Faulkner.

I need to make a trip to Oxford, Mississippi to see for myself, the birthplace of that mythical Yoknapatawpha County.  I've been saying that for decades.  I can't believe I haven't yet.

The morning calls.  I have a few things I need to do before it gets too hot to be outside.  After that, my day will be spent in the cool climes of he museum then on the covered deck of a fancy suburban restaurant.

That's a hell of a thing to stress out over, isn't it?