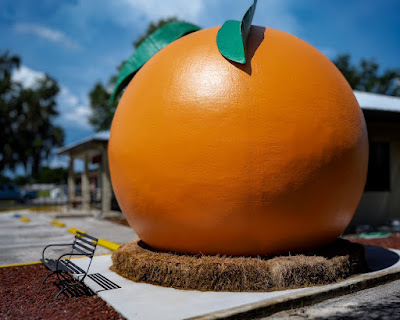 I woke kind of happy today.  I can't put my finger on the reason exactly.  I just feel better, I guess.  I mean, as good as I ever feel.  My mother made dinner for me last night, the roast we were going to have on Sunday, and it was fine.  It was the first full meal I'd had in days, and my belly didn't reject it.  Yay!  I'm back on the road to obesity!

Yesterday, I talked to a number of people who have had the same sort of symptoms, so I am assuming I caught a bug somewhere.  Everyone who had it did a home test for Covid and came up negative.  My friend whose husband is a pharmacist says that they can't keep Tamiflu stocked right now, that it is flying off the shelves.

I think I just exacerbated my condition with the deck work in the 100+ degree heat index.

But that is going to happen if you go around people.  You don't get contagious diseases sitting about the house alone.  Still. . . sometimes I like to be among the throng.

I got some news yesterday that should excite me but rather scares me badly.  My friend is ready to make a date for me to photograph one of her teen daughters.  I've been after her since they were little kids to let me make photographs, but now that I haven't shot a willing human being in six or so years. . . .  Worse, she said she wanted to use one of them for her daughter's graduation something or other.  WTF?!  She doesn't really know what I do, I guess.  I guess?  Ha!  If she knew, I wouldn't be allowed within whatever distance it is I am supposed to stay away from schools.  That's a joke for those of you who have just somehow landed on this post from Google.  I still joke about things though it is frowned upon.

When she said "graduation picture," I kind of freaked.  I said, "That's not exactly what I had in mind.  I was thinking more like a Patti Smith vibe."  What I am doing is photographing the girl with her viola.  She has been accepted in some prestigious music program at the local university which is a big deal as they have one of the best music programs in the country.  I thought it would be a good way to start a series I have in mind with the big cameras.

"Next thing you know, she'll be reading Rimbaud," I responded having no idea if this middle-aged Ph.D. in math had any notion who Rimbaud was.

I've asked her to do some makeup and hair concepts and send me phone pics so I have some visuals of what she is thinking.  God knows, though, what they are expecting of me.  I feel I've been well-prepared to disappoint.

"Oh, buck up, laddie, you've got this.  Don't be whining like the little bitch that you are."

I watched some of the 1/6 Commission hearings last night.  I'm afraid they've lost their impact.  The presentations have become predictable.  Even liberal t.v. analysts, those ex-federal prosecutors that show up on all the news shows, say that the commission is presenting a lot of hearsay evidence that would never be allowed in court.  And are we all tired of watching the clips of Bill Barr saying "bullshit"?  Well, no, one does not tire of that, but they have shown the clip too too many times.  It feels like they don't have everything they need.  They are dragging things out through repetition, I think.  The information needed a better package.

They seem to be screwing their own pooch.

I'm pretty sure that most people are not paying attention to the hearings anyway.  Attention spans are short and interests fade, just as it has for the war in the Ukraine.  Russia will win, of course.  They and China are flexing their muscles around the globe.  It is clear that the strong countries of the world will rule the rest.  It has never been otherwise.  Why should it be now?

I am finally sick of the Biden administration.  It is a terribly failed compromise.  Get ready for the DeSantis presidency.  Then Ivanka can be Governor of Florida.

What a world. There is no understanding it.  I'm just trying to live in it.