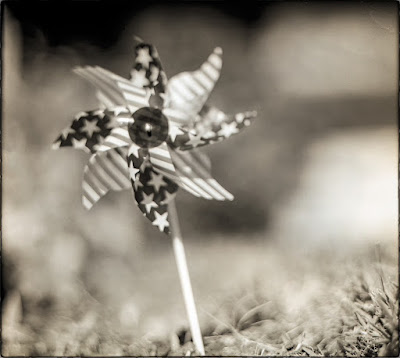 The deck is painted. . . almost.  I still have a bit of trim work to do, but by and large, it is done. However. . . at what cost?  Let me tell you.  First off, a little foregrounding.  I don't drink much water.  I never have.  One summer when I was in college, my roommate and I came back to our own hometown and got jobs.  The first one was going door to door asking people to fill out a survey.  Man, that sucked.  They put us in a bad neighborhood.  People weren't really happy about you knocking on their door.  Neither were the dogs. So we got an idea.  We went back to my mother's house and called the houses instead.  We did that for some time, but we were really afraid of being caught at it, so we quit.  We got jobs working in thae Coca-Cola bottling plant.

It was summer.  It was hot.  The warehouse, made of metal, was like an incubator.  I have stories to tell about that job, but not today.  I bring it up because for all the heat, I can't remember ever drinking water.

We used to play ball on hard outdoor courts.  Everyone brought water bottles.  Except me.  I never could understand their need to take a water break.

Much the same with hiking and climbing in the mountains.  I could get by on little.  Once, stuck out on a rock face with the sun beating down, my climbing partner, my buddy who lives in Yosemite, felt weak.  He had already drunk through the water we brought.  He said we would have to drink the water coming off the mountain.

"It's better than dying here."

Etc.  I rarely get thirsty.  Still, once I dated a veterinarian.  She said she liked the way my eyes looked.

"They are alway set back a bit," she said.  "You are always a little dehydrated."

So maybe I'm just used to it.

Not so these past three days working on the deck.  It has been a bloody torture, every day over 95, the heat index somewhere around 105.  Here's today's forecast for my house.

We are still half a week away from summer.  These are late spring temperatures.  LATE SPRING!  These days are supposed to be luxurious.

What I thought was going to be a day of painting the deck turned into three.  First I had to scrub it.  Then I had to paint it.  But I've already whined about that.  Yesterday when I got out of bed, I hurt from head to toe, every muscle, every joint.  I thought maybe I had caught Covid again, but I had no fever nor any other signs.  Just this incredible pain.

Still, I had to finish the deck before the rains came which they were predicted to do today.  So, early on, I began.  I taped a paint brush to a long handle so I could stand while painting between the boards.  Sixteen feet by forty-four.  It was tedious.  And by ten o'clock, it was already ninety degrees.  And climbing.

I started forcing myself to drink water.  One twelve ounce can.  Another.  Then glasses of water from the sink.  I felt as if I would collapse.  I pushed on.  I finished painting the cracks.  I came in the house where the air was cool and dry.  I sat down for a second.  I didn't think I could continue.  The pain had not relented.  No, no, I thought, you need to get this done.  And so, I drank more water and returned to the deck.  The sun blasting me, I got the roller and the roller pan and began to apply a second coat.  My fingers and wrists ached.  Forty-four boards.  Thirty-four.  I didn't look like I had done much.  Twenty-two.  By the time I got to ten, I felt like weeping.  Finally, at ninety-nine degrees, I was done.

I could barely stand.  In all, I had drunk sixty ounces of water and still had not peed.  I ached so badly, I was sure I had Covid.  I took a shower and two Tylenol and went to bed.

When I got up a couple hours later, I called my mother to tell her I would not be over.

I sat without moving.  I had a couple tramadol left over.  I looked them up online.  Best results are when it is combined with acetometaphine.  I had some prescription strength acetometaphine, too.  That is what I would do.

I took them a bit before bedtime.  Nothing.  Not a fucking thing.  God for some opium.  Why is there no opium?  That is how the coolies survived working for the British.  That is how most people in the world have survived many illnesses.  Why the fuck couldn't I have opium?  I had tramadol, a synthetic narcotic.  I do not like the synthetic opioids.  I like opioids.  If only I had a codeine somewhere around.

I kept drinking fluids.  I was sitting on the newly painted deck as the sun went down when a lady in the neighborhood I know, a very fit woman who swims ever day and works out at the Y, walked by with her dog.  She stopped for a chat.

"The deck looks good," she said.

"Yea.  It about killed me.  I think I have gotten dehydrated.  I may have had a stroke."

"My sister and I just got back from a trip to North Dakota.  She got severely dehydrated.  At some point, you can't drink enough water to get your equilibrium back.  We had to take her to the E.R.  They put an IV in her arm.  It was bad."

I thought for a minute.  I think I have reached that point, perhaps.  And then, I had an idea.

"I'm going to go to one of these IV hydration stations tomorrow.  I'm going to let them put a couple gallons in me."

"I know a lot of athletes who do that after a race," she said.

Indeed, these IV places have popped up all over town.  There are four of them within a couple miles of my house.  I've talked to a lot of people who have been doing it.  I am going to get rehydrated today.  Well, that is what I think, anyway.  I want to get a Myer's Cocktail, too. (link)  I've wanted one of those for years.  Now they are available in my own hometown.

So. . . I am taking the weekend off.  No working outside.  I'm going to do what god intended me to do and make some pictures.  That's the plan.  But you know how plans go.  I just know simply and will that I am not going to do any work this weekend.  I am going to chill.

But there is plenty of work still to be done, and though I said I would NEVER work again, I have to.  I must.  It is, as I say, all general laborer work, scrubbing, scraping, painting.  Then there is the yard stuff to do as well.  And I have to lay down a bunch of weed cloth and mulch at my mother's.  It never ends.

But I'll tell you something.  If jobs like this were all that were available to me, if I wasn't allowed anything but manual labor, I would become a criminal.  I'd spend my time sitting around with the boys drinking MD 20/20.  "Fuck the man," I'd say.

But at some point, I would get arrested and they would put me on one of those chain gangs you used to see in summer clearing the sides of the roads and highways in those heavy gray pants and jackets, ankles bound and attached to the next man.  I don't know if you have ever seen such a thing, but they were common in the south when I was growing up.  The little redneck kids loved to sing out, "I've been working on the chain gang, all the live long day," as they'd pass a crew, but then, just as likely, "Hey, look, isn't that your stepdad?"

I received some much anticipated packages yesterday, but I hadn't the energy to open them.  Today, though. . . soon.  One is a darkroom tent that I will set up in the garage.  And then, you know. . . I'll probably never use it.  Not until next year if history teaches me any lessons.  But the idea is that I can tray develop my plates under red light so I can see them.  I can also load big negatives into a developing tank that holds twelve sheet so film that I have never been able to load blindfolded.

I'll set it up today.

My college roommate just texted me to be careful today as the heat index will be 105.  He also said monkey pox is in our county.  "End Times" I replied.  "It's not going to be pretty."

The moral of this tale?  I don't know.  It's just a long, whiney complaint.  I'm still hurting which is concerning, but I have high hopes that the IV will make me better.

If I can get an appointment today.  Surely.