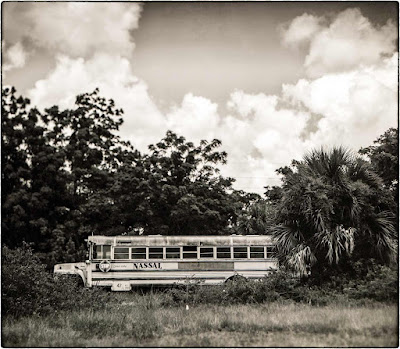 I did get out of the house early yesterday after loading up a bunch of negative holders.  I had a destination, just something to get me started--a Buddhist temple.  I wanted to photograph the Buddha statue in the garden.  Predictably, though, when I got there, they were having a ceremony.  Of course.

I drove on, through Gotham without pausing, then to the other side.  They call it SoDO.  It got its name after the mass shooting at the nightclub, I think.  It has been a part of town that is dominated by medical buildings and a hospital, the one I was taken to after my accident.  It is reportedly "the best trauma hospital" in the country.  Again, I think this came to the forefront after they had to treat so many people who were shot that horrible night.

I went beyond that, though, into a large industrial wasteland.  Not an abandoned one, however.  There are miles and miles of warehouses, factories, processing plants. . . I don't know what all.  I drove along the railroad tracks.  Everything was still on a Sunday morning, not abandoned but resting.  It felt fairly eerie.  I stopped whenever I saw something of interest.  I'd grab my big Liberator camera and pop in a film holder, walk over and take a photo.  I did this again and again feeling as if I were being watched from some corner.  I kept waiting for someone to step out and ask me what I was doing, perhaps a security guard or maybe someone willing to beat me up and take my camera.

I shot through eight holders, sixteen negatives, which is more than I've ever done in one outing.  Now that I am using the Liberator and the new Chamonix exclusively, it has gotten much easier.  I've been using the Liberator mostly, though, as I don't need to use a tripod.  I realize now why I have never really used the camera in all the many years I've owned it.  Familiarity brings ease.  I think the camera is simple to use now that I have over and over again.  Muscle memory and a more acute awareness.

When I ran out of film, I tried shooting with my 35mm camera.  It seemed silly and unfulfilling.  I've become addicted to those big negatives.

For now, at least.  Everything evolves.

Q wrote to me yesterday saying that his ex will join him and his son at Burning Man.  A family outing, so to speak.  I wrote back jokingly saying that then I would surely go.  Then I actually started thinking about it.  I could take my Liberator and my Chamonix and boxes of film and a changing tent and spend days in that bizarre wonderland making photos.  Hell, I thought, why wouldn't you?  So I looked up Burning Man and found out that one must buy a ticket, and then I found out that one ticket would cost well over $2,000.00.  WTF?  This ain't Woodstock. Moreover, 99% of the tickets are already bought.  Soon the only way to get a ticket will be from scalpers.  I see now that Burning Man is much like Bike Week.  It is all lawyers and accountants with enough money to go.  In this case, rather, tech money.

Dropping six grand is nothing for Q, though.  He'll be gone from his job for most of the next two months, so they will probably give him a promotion, a bonus, and a raise.

I've only scanned a couple of the negatives so far and still have more to develop.  I am going to get to the gym a bit early today so I can head off in the opposite direction with the rig and hopefully find something that will intrigue me.  You can't be much of a photographer if you don't take pictures, I think.  I am getting pretty consistent with those big cameras now.  Maybe I'll have the confidence to start making environmental portraits soon. 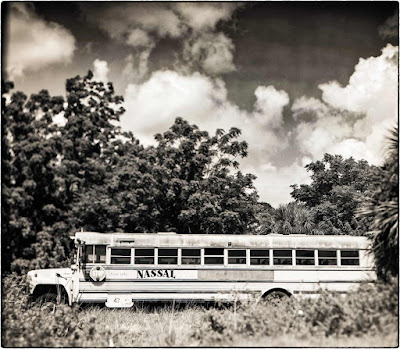