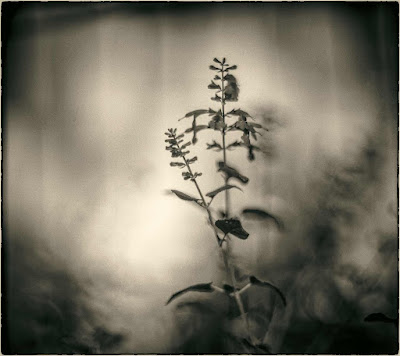 I had a real "girl's night" last night--minus the girls.  I shed my toxic masculinity and soaked in a tub.  I'm fucking with you.  My masculinity is not toxic.  Actually, I've got a lot of femme going on.  That is not to say I'm a feminist, but maybe.  One of the feminisms, anyway.  Is that a toxic appropriation?  Again, I'm just screwing around with the current "culture conversation."  I get to decide who I am.  You're not the boss of me.

So first the tub, then a shave.  I shaved because I was thinking of going to a spa to get a facial.  The salon kind. I love getting a facial (the salon kind) though I've only done it a handful of times.  The last one was many years ago now, a spa day that Ili bought me for my birthday.  I was reminded of it yesterday when I downloaded all the photos on my iPhon.  I had to.  The phone was full and not functioning.  Of course I looked at the god I don't know how many (thousands?) of photos on the giant computer screen, mostly from the Ili years of fun and travel. And then the non-Ili/retirement/Covid years.  Those are mostly selfies and drink and food photos.  And there I was, face melting with time.  Ili stayed the same.  She was not shy about about affording herself beauty treatments.  She had all of them very often.

Why, I thought, shouldn't I?

So, in order to prep properly, I shaved.

Then, I thought, I should do a home DIY facial.  I should look as good as possible going into a salon, right?  So I mixed up turmeric, organic honey, whole apple cider vinegar, and milk and slathered it on my face.  I poured a scotch and sat down with this massage cushion thing with roller balls that grind you in every direction.  I hardly ever use it.  It was a present from my mother years ago.  But last night, orange faced, scotch in hand, I closed my eyes and let the massager work its magic.

Why, I wondered, do I not do this all the time?  I was feeling luxurious.

You can't leave the turmeric on your face for too long, though, or you will turn orange, so after the massager had completed its cycle, I got up and rinsed my face.  I got orange turmeric everywhere.

But I wasn't done.  Oh, no, buddy.  I made up a second concoction of organic honey and egg white.  And a second scotch.  Soothing music and tranquility now.

And when that was done, I finished off with a rinse and some coconut oil.  Wow!  My face was as smooth as. . . .  You can do with the simile what you will.

I swear I will spend more nights this way.  Chill,  A little yoga.  A little wine.

This morning when I woke up, I could feel the glow.  New hair, a smooth and fair complexion. . . . I'm as pretty as that little flower.

I need to run out and let some girls see me now.  Well, after I lose about twenty pounds.  I need to go on a serious diet.  Ili used to do that, too.  She could go without food for days and weeks, living off liquids.  I should.

I don't, however, want to.  Just the thought of depriving myself of tasty meals makes me want to weep.  I do eat clean and well and good.  Last night I had cod and broccoli and rice.  The food, I think, is not the problem.  Hmm.  I wonder what, then, is putting the weight on me?  Could it be my "medicine"?

If only I could run.  Yesterday, after the gym, I decided to walk a few miles.  I really wanted to run, but, you know, old bones and joints. . . so I just walked as fast as I could.  "Walk like you are running," I told myself.  "Go, baby. . . go."  And I did.  If anyone would have seen me, they would have called the authorities and had me locked up in the Museum of Silly Walkers.  But this was serious business.  My heart was pumping.

Then, on the long straight stretch of road going home, I was hounded by a garbage truck.  I picked up my pace as fast as I could to stay ahead of the stench.  Boy, I thought, you are really hauling ass now.  That is when, just at that moment, a woman passed me.  Not running.  Walking.  She was neither young nor slight.  She was like some rendering of me.  She didn't pass me and slow down, either.  I was stunned.  I tried to keep up with her, but she was outpacing me 1.5 to 1.  I felt humiliated.  Surely she would have to slow down in a minute.  But no.  She left me like the coyote in a Road Runner cartoon.

I'm going to work on my speed walking.

I should try hand painting that flower photo and see how it looks.  All I need is red and green and some off-white.  And I need to get some cut flowers in the house.  I haven't had them since. . . .

That record is getting worn.

I need to get out and see the shocked look on people's faces.