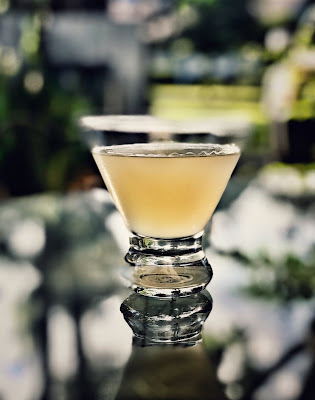 I hadn't made one of these for quite awhile.  But it was Friday, and my climbing buddy from Cali was in town and coming over.  I popped a bunch of chicken thighs and onions and carrots and spices and wine into the pressure cooker and sat down in the muggy southern heat to wait.  He was to pick up his wife at the airport at midnight, so, oh shit. . . you know.  Once again, for the second time in as many weeks, I was worried about having someone stay beyond the Carnegie hour.  I was also worried about drinking too many of these while waiting for him.

When I finished my drink, I went back inside and put on the jasmine rice.  I opened a can of baked beans.  It was going to be a simple, hearty/hardy meal.  I poured a glass of wine.

Per usual, my buddy showed up late.  He is a time pirate.  It is his passive/aggressive way of controlling his world, I think.  But I remained disciplined in my consumption, so when he showed up drinking a beer, we were pretty much on par.

There is never any real catching up to do with old friends.  You just continue the conversation where you left off.  We've been texting pretty often since the Yosemite fire came within two hundred yards of his house, so there was that.  He has a more complex life than I, having a young wife and two young boys.  There is more to tell.  Me?  What is there?  Somehow, though, I had a lot to say about the nothingness of my existence.  Like some photos, I enjoy coloring the monochrome to make it strangely attractive.  At least that is what I think.

We ate on the deck in the last of the long day.  I had been worried, but dinner turned out to be spectacularly good.  My cooking tip to you?  Don't bother putting water in a pressure cooker.  Just wine.  Don't worry.  It will be fine.  He kept dipping ladles of broth into his bowl.  Later, when he was gone, I just drank it from the pot.

Around ten, his wife called from an airport not on her itinerary.  Her trip had gone south.  Her flight was cancelled and they rerouted her to another city where she was supposed to get on a plane that hadn't arrived.  She was standing in a long line, she said, and didn't know if she would get out of the airport that night.  One can only wonder what happened to America and just how bad things will get.

Trump or Biden?  Who do you blame?

That's the silliest argument in the world, but it serves the simple minded.

He got a second call an hour later.  He wouldn't be picking her up that night.

And then it was one in the morning.  His boys were with his parents, and he was heading back.  I still had to clean the kitchen.

I didn't open my eyes until eight o'clock.  It felt as if half the day were gone.

And now. . . it is.  I have half a Saturday ahead of me.  Not even.  There will be some napping.  But the sky is blue and the day is sunny.  I know what I should do.  It remains to be seen what I will.

"Too many mosquitos," texted my travel/art buddy when I sent him the picture of my drink.  They are bad this year. 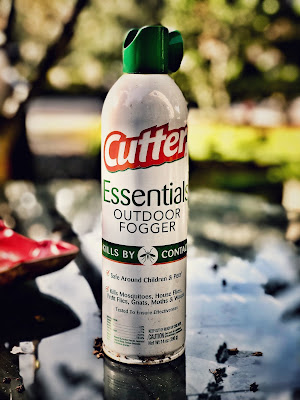