There's Nothing to See Here. . . Move Along 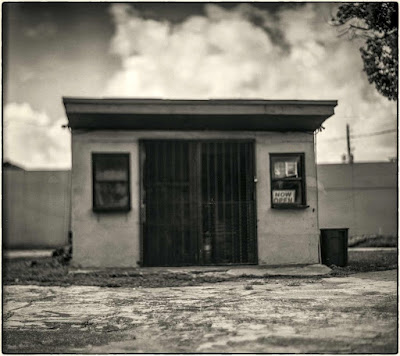 Some people, however, DO like the blur.  I know what they mean.  I do as well.  I just want to control it.  Still, they are right about the "dream-like" quality they offer.

Yesterday provided me with nothing of interest.  It was a carbon copy of most summer days here, extreme heat then tremendous storms.  The storms are important as they drop the temperature immediately by twenty degrees or so.  It is as life has always been here, just hotter and more violent.  That is the world we live in now.  It is the world we have made.

I say "we" because "we" are all culpable. . . and stupid in the main.  Truly, as I have said so many times, it is the greed heads who have done it.  They have done their best to make the largest profits in any way possible.  "We" are stupid enough not to stop them.  "We" let them do it.  "We" enjoy it.

My mother and father were pretty much just too tired to resist, of course.  They worked forty, fifty, even sixty hours some weeks, to live a perfectly lower middle class existence.  When my mother started working for a national defense company, she got three days vacation every year.  That increased with the years until she had two weeks.  In June.  They told her when she could take them.  My father also had two weeks, so I remember those times vividly.

But this isn't about the joy of vacation.  I'll share that some other time.  Nope.  This is about the inhumanity of the hours they worked.  Of course they didn't have time or energy to stop the greed heads.  They were serving them.

All about me now, people don't work.  Or hardly.  They work from home.  They make occasional forays into the office, mostly just to get away from the house.  Others, people I don't know, just don't want to work at all.  In my own home state, employers can't hire people to do menial labor jobs, and when they do get someone, it is iffy whether they will show up for work.  Everyone wants to live the life they see on social media.  You don't see people cleaning things on social media.  They aren't putting up fences or trimming trees or driving buses.  They are doing something stupid on TikTok.  That's the life. . . being pretty and doing something where everyone is watching.

I'm just fearful, I guess, like so many others.  It feels as if life as we know it is about to collapse and never come back.  The terrible and the horrible and the monstrous have taken on a life of their own, and we don't seem to have the tools to stop them.

Maybe I'd feel better if I just lived in Gwyneth Paltrow's World of Goop.  But wait. . . she's one of the green heads.

What can one do? 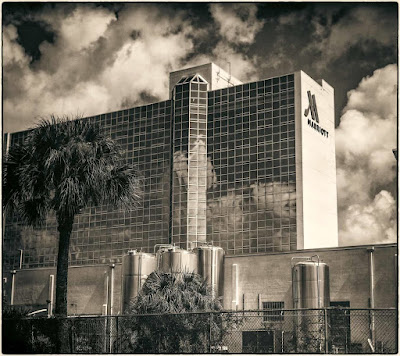 Not all the photos were blurry.  The least interesting ones came out clear as a they could be.  But this, you see, is part of the solution.  The lens here was stopped way down, so it functioned more like other large format cameras with the one advantage of being handheld.  Not to be overlooked, that is a huge advantage.  If I were running around with my new Chamonix 4x5, I wouldn't have even half the photos.  It is a nice, light, easy to carry camera for its type, but it is still cumbersome compared to the Liberator.
Such are life's conundrums.  You can't have everything, as the comedian Steven Wright once said.  Where would you put it?
My friend who took a job at a factory in Virginia has come to town for a conference.  She texted me last night and said she would bring dinner over tonight.  I'm to provide the drinks.  I rarely have anyone over any more.  I will have to dismantle the "home studio," of course.  We will eat and chat and she will probably stay longer than the Carnegie hour I tout as the limit of social interaction I can handle.  I already fret.  Human interaction is stressful.  I understand how important it is, but I try hard to minimize it.  It is something to be gotten through.
Dinner will be later than I like as she is coming from the other side of Gotham and then some.  Traffic will be terrible.  God. . . I'm already tired.  Apprehension has prematurely worn me out.
Dinner will yield no stories, I think, so I had better get out and do something worthy of narrative today.  Otherwise, tomorrow will be more of this, and like some hapless Beckett character, without a will to do so, I will be goaded into carrying on.
Posted by cafe selavy at 7:59 AM