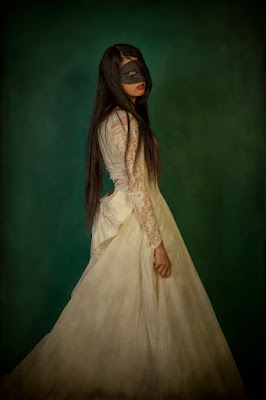 By upgrading your nail clippers from a set with dull blades and lightweight levers to a super-sharp, hefty-yet-ergonomic set, you can elevate nail trimming from a chore to a ritual.

These peckerheads keep reading the blog and stealing from me without tribute.  It is flattering but irritating, too.  I read that today in the Time's Wirecutter section.  I guess I can't complain as long as they keep reading.

I have no narrative today, just random things.  My life simply wasn't narrative yesterday.  I've thought about writing old tales on days when I am at a loss, and perhaps I will.  The narratives, I think, are the best with imagery and tropes and the snake eating its tail (or tale), that is, an ending that recalls the intro.  Etc.

Yesterday, I asked C.C. "What is the Biblical Age of Consent."  He is the keeper of all knowledge Biblical, at least compared with the rest of my circle, so to him I went.

"Birth," he joked.  There is no mention of this in the Bible as far as I can tell, nor in any religious documents anywhere.  Those were written in ancient times when you probably were lucky to live until you were thirty.  You didn't have time to mess around.

So I Googled it.  In most parts of the world, the age of consent was puberty, twelve for girls and fourteen for boys (as we are always late bloomers).  That pretty much remained steady in the western world until the late nineteenth century when a journalist pulled a media stunt.

Early feminists of the Social Purity movement, such as Josephine Butler and others, instrumental in securing the repeal of the Contagious Diseases Acts, began to turn towards the problem of child prostitution by the end of the 1870s. Sensational media revelations about the scourge of child prostitution in London in the 1880s then caused outrage among the respectable middle-classes, leading to pressure for the age of consent to be raised again.

The investigative journalist William Thomas Stead of the Pall Mall Gazette was pivotal in exposing the problem of child prostitution in the London underworld through a publicity stunt. In 1885 he "purchased" one victim, Eliza Armstrong, the thirteen-year-old daughter of a chimney sweep, for five pounds and took her to a brothel where she was drugged. He then published a series of four exposés entitled The Maiden Tribute of Modern Babylon, which shocked its readers with tales of child prostitution and the abduction, procurement, and sale of young English virgins to Continental "pleasure palaces". The "Maiden Tribute" was an instant sensation with the reading public, and Victorian society was thrown into an uproar about prostitution.

As a result, Great Britain raised the age of consent from thirteen to sixteen in England.  In recent years, France has followed suit.

The Victorians were truly fucked up.  That is how they got the world's largest empire.  Anyone with any sense left to explore the world.  Well, a lot of licentious people did, anyway.  Many found the sexual pleasures in the world beyond England alluring.  Richard Burton was certainly one.  Later, of course, Lawrence of Arabia became a sort of homosexual icon.  Meanwhile, repression at home took its toll on people like Oscar Wilde.

The Calvinist of the U.S., of course, were enamored by the idea of repression if not oppression.  Weren't they the inventors of the Scarlet Letter?

So my curiosity has been sated.  There is no religious reason behind any of this, only a theory of moral order.  Theory triumphs.

This all followed on the heels of another theory that was taking hold--Marxism.  The exploited of the world would rise up and revolt.  No more Romanovs.  Workers of the World Unite.

And now they have.  The working class has rebelled and formed the coalition known as MAGA.  Oh, Lordy Lordy, what a revolution it is.  For years, capitalism succeeded because the working class was more comfortable than they were under communism.  They ain't comfortable no more, man.  Only it ain't economics that is driving them.  It is theory.  Not theirs, but Woke Theory.  It is really something to see.  They've turned on liberals like a rabid pit bull.

Public morality has always been problematic for me.  I admire private moralities.  I really do.  Many of them, anyway.  But social movements based on theory and ideology have always made my skin crawl.  A constant outsider, I am.  Read the book.  Colin Wilson's take on the Existential being.

I read it when I was young.  Probably too young.  There should be laws restricting such things.

I'm intrigued by the nail clipper article, though.  I think I will look for Wirecutter's suggested pair.  It won't help me get to my toes, which is becoming more problematic every year.  But once I get there, maybe I won't have to stay so long.