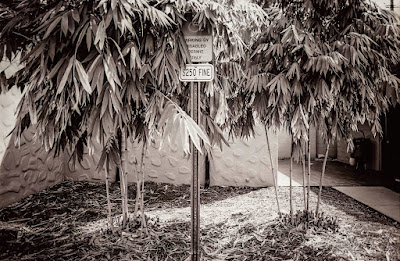 Half of Americans don't understand why the U.S. government doesn't want to keep the nation's top secrets at a seaside resort.  They have just as much say in this as you do.  Think about it.  These MAGA fanboys and girls don't care about evidence.  They choose to live a fact-free life.  The consequences are profound.  They not only do not want to face the mistakes of the present, they want to proliferate mistakes from the past.

Floods and fires.  Pestilence and famine.  Pox of every kind.  Surely these are End Times.  Trump is certain to have the Mark of the Beast.

The old prophets of doom and gloom are proving to be accurate.  I'm on the verge of conversion.  You unbelievers can stay behind for the wailing and gnashing of teeth.

That's just the way it is.  Satan may be an attractive figure in "Paradise Lost," but things don't end well for him.  I read too much literature.  It has tainted me.  Tragic heroes and all that.  What was I thinking?  Literature is brain poison.  Shakespeare maybe had it right when he gave us Falstaff, but I was a fool and fell for the old libertine.

I hope it's not too late for me.  I believe these past Covid years will seem like a vacation compared to what's about to come.  I don't think our puny sciences will save us.  You might as well be burning sage and consulting the stars.

One of those two poets won a Nobel Prize for Literature.  The other was nominated 31 times but never received it.  Can you name them?  Of course you can,

My sphere of influence is shrinking as quickly as my confidence.  When I was asked by the pretty French woman at the party the other night what I did, I just shook my head.

It is true.  Mostly.  I find myself thinking the things I just wrote.  What could I tell her?  That I am a creative dilettante?  Yes.  That is what I should have said.  That will become my standard response.  It has a nice ring to it.

"I used to work at the factory, but now I am a Creative Dilettante."

"What kind of factory?"

"Oh, a good one. . . the best kind, really.  We made things that people didn't want but many needed and had to have.  That's how I fell into my present line."

That should sweep a girl off her feet.  I'll be a Lothario of Creative Dilettantism.

I should have thought of this long, long ago.