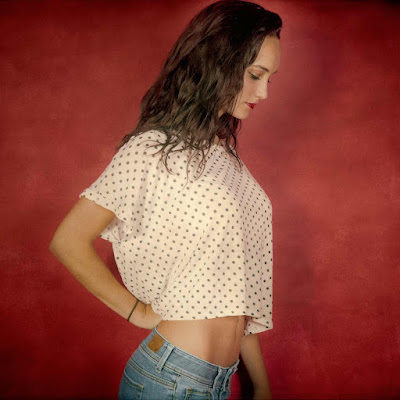 Back to the beach narrative?  Maybe.  I've kind of lost the story now.  Waking up in a dark hotel room not knowing what time it was.  Getting up to find my phone and see.  Oh, no!  Half a night to go.  Waking up again.  Against the darkness of a tomb, I decide to turn the light on in the bathroom and close the door.  A little light for orientation.  Complete darkness freaks me out, I guess.  It is scary.  I do not have that at home.  Two of my bedroom walls are windows covered by shutters.  Dim lines and faint shapes.  No, total darkness is too much like being buried, too much the eternal tomb.

It is no wonder they say heaven is bright and white.  Streets paved with gold. Reflective.  Shiny.  In heaven, I imagine, there will be no need for sleep.

I managed to stay in bed until seven.  It was a struggle, but there would be nothing to do when I got up.  Only hotel room coffee.  At seven, I walked across the highway to the restaurant I'd been informed would, indeed, have coffee at that hour.  It wasn't great coffee, but it was better coffee than the foil wrapped stuff in the room.  I got two cups and recrossed the street.

By eight, the hotel restaurant was open.  It was a grungy little place without music.  Why, I wondered?  I could hear each fork hitting the plate, could hear the humming of the refrigerator and conversations fairly whispered in low voices.  I ordered a breakfast burrito.  It was as good as the ones you get at 7-11 but greasier.  Halfway through the meal, someone remembered to turn on the music.

My buddy called while I was eating.  "Come up here," he said.  "They are making breakfast by the pool."  Isn't that the way it goes.  I told him I'd be up in a bit.  Back at the room, I packed up.  Everything felt damp.  I couldn't figure that one out, but the floors felt slippery, too.  If I got out without a fungal infection in my lungs, I thought, I'll be lucky.

When I got to the resort, everyone was poolside.  We sat in recliners under big umbrellas facing the ocean.  My buddy took the kids to the ocean to body surf.  I declined saying I was leaving in a bit and didn't want to drive home salty.  There were showers, they said.  That's alright.  You go.  I sat and chatted with mom.  A pod of dolphins surfaced a hundred yards or less behind the boys, but they could not see them.  "They're big," I said.  "I was kayaking with some friends one day when a pod of dolphins joined us.  All eyes popped.  They were like little whales, longer than the kayaks.  We were looking at one another as if to say these things are friendly, right?  And then they were gone."

The boys came up from the beach and we told them about the dolphins.  "We knew there were no sharks around," I said.  "Dolphins don't tolerate sharks." And I, with my antique zoology degree, explained the careful relationship between dolphins and sharks and how the sharks will attack the sleeping dolphins, especially the young ones, and how the dolphins deter them with their superior speed and mobility, ramming them in the gill slits, their most vulnerable spot.  The boys liked that.

In a bit, they went into the great giant pool.  I told my friends from California that I thought I should be getting on the road for home.  I had brought my big Liberator camera thinking to make some heroic portraits of them on the beach, but things were hectic and we never managed.

"Would you take a picture of us before you go" my buddy's wife asked?

I pulled the beast from the bag and began the process, gazing through the hood into the ground glass, focussing, pulling out a viewing lens and putting it on top of the hood in order to see closer and get critical focus.  People all around were looking at me.

"I should tell people I'm the resort photographer," I said.  "I could charge them a ton of money."

I pulled out my phone to meter the shot then wound the big shutter key on the side of the camera to the proper speed.  I pulled out a film holder, set it into place, removed the dark slide, looked closely into the viewfinder, and hit the exposure button.

Putting the dark slide back in, I flipped the holder around.  "Let me take one more for safety's sake."

The drive home was easy.  I was able to set cruise control for most of it.  Traffic was moving quickly near the ninety mark.  Not a copper in sight.

The comforts of home.  The familiar things.  By nightfall, though, I was thinking I would like to go someplace else.  I'd had fun, after all.  There was the drum circle, of course, and the lovely Sufi dancers.  There was the ancient city and my chance to reflect on the great mass of American tourists walking slack-jawed through the streets.  No, really, I thought, it was fun.

It had been hard to cut the cord, but once it's cut, you know, you manage.  School is starting soon, and the great American summer will be ending, not actually but practically.  With kids in school, the crowded places will be less so.  I may finally use the luxury of my time to good purpose, I thought.

The Art of Travel is often best thought through in your own home.