Just Got Back Online 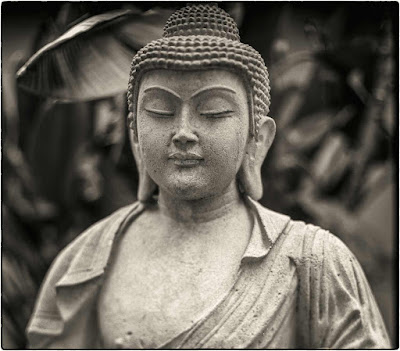 I would have posted earlier, but my internet has been out all day.  It is strange how dependent we are on something we have no control over, but it is a good lesson about things to come--famine, water rationing, pandemics, global warming.  The list goes on for another mile or two.  This morning, I couldn't email, couldn't read the news, couldn't even listen to MY music because Apple has stolen it all and put it "up there" somewhere in the cloud.  I never asked them to do that.  I don't want them to upload anything of mine.  But they do.  "Jesus Christ," I wondered, "what am I supposed to do. . . jerk off to magazines?"

I didn't really think that.  I just wanted to write it.  Still, I paused a long, long time before I did.  So, in reality, I guess I did think that after all.  Life just felt so 1950s.
So. . . I was going to write the second part of my beach narrative, but that will have to wait.  I have things I must do before the rain begins.  Life is changing rapidly here.  School begins next week.  The Country Club College girls are returning.  Probably some boys, too.  I really hope not.  But everything from Covid to Monkey Pox will be in the air, so I am going to get my second booster shot this weekend.  Once kids start back to school, infectious season begins.
Why in the fuck they start school early in August is beyond me.
Hey. . . how 'bout that Alex Jones, huh?  He is a liar!  Who knew?  He seemed so. . . academic. . . you know?  He had some really smart things to say.  When I kidded my republican friend about this, he said--and you've already guessed it--"What about Nancy Pelosi?"  What the fuck is it with republicans and Pelosi.  He's all over her going to Taiwan.  I said she had always been a Sinophobe.  He retorted, "Where was she when Hong Kong got fucked?"  So I Googled "Where was Pelosi when Hong Kong got fucked?".  Oh, boy, I said, don't do an image search.  I was on some sites for hours.  I can't wait to see what kind of internet ads I get now.
We also argued about the nine year sentence for Griner.  I couldn't believe it, really.  Whose side was he on?  Here's a gal who pleaded guilty to bringing a substance into a foreign country where it was illegal.  Her defense?  "I don't know how that got in my bag."  So this is a U.S. crisis?  I wish they would let her go.  I am not for punishing pot smokers.  But the Federal Government is.  We've been putting kids in prison with longer sentences for a little boo since the Nixon White House.  And Reagan made it worse.  So there seems to be a real hypocrisy here.  Still--Free Griner.  But don't go trading a Russian arms dealer responsible for many U.S. soldier's deaths for her.  Jesus Joseph and Mary.
I heard a female sports reporter saying that Griner is the greatest athlete in the world but doesn't make the kind of money the male basketball players make and so has to whore herself out to the Russians to make extra basketball money.  I'll assume you've heard Bill Burr's response to this.  If I choose to be the best horseshoer in the world, can I cry because they don't pay me the way they pay LeBron James?
Professional sports is a big commercial bunch of horseshit.  I hate what it does to kids.  And I hate anyone people call Coach.  O.K.  Hate is a strong word.  Despise, then.  I think that we should exchange everyone named "Coach" for Griner.  That would tickle the shit out of me.
Maybe I should post a different photo.  I am not very Buddhist here in this post.  But I wanted to show that I DO hit focus with that big old camera sometimes.  Did you see yesterday's?  How in the hell does one miss on infinity focus?  Somehow I managed.
O.K. O.K.  I gotta run.  Do the dirt baby.  Do the dirt now.
Posted by cafe selavy at 2:13 PM