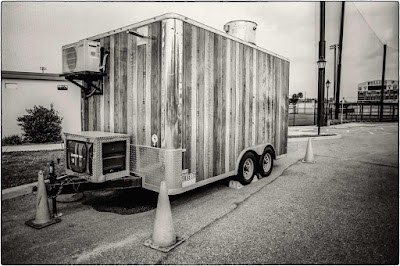 I've been extremely lazy lately.  I barely manage to do one thing each day.  I haven't made any photographs for days--maybe weeks--other than the pretending I am doing with my Leica in the house.  I'm not sure if it is mental or physical, but it could be both.  Maybe it is a matter of drifting further and further out of daily life.  Rather, I should say, drifting out of what I find to be a toxic culture.

I don't know that we learn that much in life other than remembered facts or how to do sums in difficult ways.  Some of us learn how to reason, but not so many nor so much.  We learn either to hold grudges or to forgive.  I think I've learned one thing, though, that seems sound.  When a thing is unpleasant, avoid it.  Drama and conflict have never been "my thing."  I am attracted to beauty and pleasure the way a flower is attracted to sunlight.  But I've not had much of that lately.  My growing isolation may be a result of that.

And my adverse relationship to criticism.  I've gotten enough of that recently.  It doesn't seem to be good for me.  It paralyzes me, really, as I sit in a chair reflecting on and re-directing my activities and interests.  It is unhealthy.  I try to crab away as best I can.

But there are lasting marks always.  Negative remarks can result in lowering a person's self-esteem.  I learned that in school.  I took a course from a famous Piaget scholar named Purkey when I was an undergraduate.  It was a nothing course, something to improve the old GPA, but it had a lifetime effect.  The class in toto, as I remember it, anyway, was about the effects of positive and negative reinforcement.  Each was powerful.

I used to teach my trainees that a compliment, even if it was a throwaway, always made people happier.  I'd ask them how many compliments they had given that day.  There was the shuffling of feet.  Yup, I'd say, we tend to give negative feedback about ten times as often, right?  Try the other today, I'd say, and see how it goes.

"My, those are lovely earrings," or something equally benign, for example, would be enough.

In truth, however, I distrust praise and blame in equal proportions.  The motivation for either often come from the same place.  I've never been comfortable with praise, but I am devastated by blame.  It comes from growing up a hillbilly among rednecks, I guess.  I was not among people who would shower you with praise.  If you did something special like catch the game winning pass or make the game winning basket, you'd get a thumbs up and an "atta boy."

I learned that it was good enough to just avoid the beating.

There is a tightrope to walk internally, too, between self-criticism and self-aggrandizement.  And this is where all the money lays with the self-help authors.  "Give yourself permission," they say, and "learn self-kindness."  Living your "best life" is the goal.  In these books, it seems that it is always someone else who possesses the narcissistic personality disorder.  They are responsible for people's problems.  "Gaslighting" is common, it appears.

"To thine own self be true" is a platitude filled with dilemmas.  Not that Shakespeare was platitudinous.  It took popular psychology to make it so.  In the postmodern world, it was the self that came under acute attack.  The old steady, stable ego was conceived as just another social construction.  And truth?  Holy smokes. . . now there's a concept for you.

The blowback on that has been the birth of identity culture.  We are told we can choose who we want to be.

Well, now. . . what the fuck was I saying?  The train kind of jumped the tracks.  I guess you just got to see the workings of a bucketful of snakes, the old mind/brain dilemma, firsthand.

I guess the point was certainly heading toward some "poor me" argument.  Maybe.  I'm just second guessing everything I do and have done lately.  I'd rather second guess you, you know.  It is much more fun.  But I've been sensitive and susceptible to self-doubt recently, and I've not needed any help from others.  So. . .  I have taken the phone off the hook, turned out the lights, locked the doors, and put out the No Trespassing sign.

Maybe I should just get a malted milkshake.  That would be good.  "Be kind to yourself," they say.  I mean, what the hell, right?  What harm can one milkshake do?  It would probably mean the world to me, put me back on the horse.