Sufis and the Barnacle 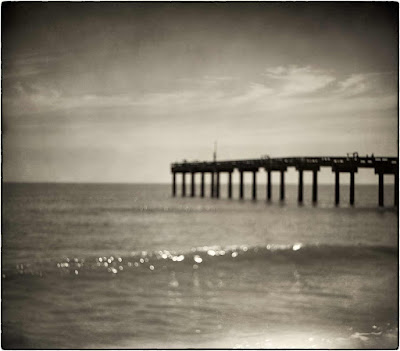 A few days away were strangely something.  It was, first of all, a reminder that things are still not as they were, and maybe they never will be.  I met my California climbing buddy and his family at a seaside resort, though I did not want to pay resort prices and stayed at a cheaper place just down the street.  My first choice had been a $79 room just across the road.  It had fairly decent reviews.  After going there, I guessed that crack addicts and meth whores like to write reviews, too.  There was a time I would have, but I have gotten too comfortably old for that shit anymore.  I chose a more family oriented place on the ocean about a quarter of a mile away.

Driving the few hours to see them made me feel a bit like I was coming untethered from the mother ship.  I was in familiar territory, but I kept remembering things I should have packed.  That morning, I grabbed random items, and far too many of them.  My main concern was cameras, of course.  This would be a photo trip.  I would finally get out to make some masterpieces.

I got to town before they did, so I made the short drive to the oldest city in the U.S. and walked around in the terrible heat.  The college there takes up much of the historic district, but it was closed until the fall semester began.  The fine arts museum was shut up tight as a drum.  Everything was still.  I trudged on.

As I made my way into the old town with its narrow, breezeless streets, the number of hoi polloi grew exponentially.  They wandered about with ice cream cones and hot dogs wrapped in pretzels.  I decided to dash upstairs to a bar that I went to with Ili the last time I was here.  That was our second "date."  I went out to the balcony and sat at the very table we sat at together and ordered sangria and some tapas dishes.  It was strange, I thought, and I determined that I wouldn't tell anyone of this digression, but I figure what the hell.  It is not like I was committing a crime.  I was just visiting the scene of one.

But two sangrias and some tapas and the growing and unbearable heat made me dopey.  It was time for me to try to find my car and head back to the beach where I needed to find a room for the night.

I hadn't checked into a hotel for. . . what?  How long?  Years.  It was familiar, of course, but strange, too.  I told the lady checking me in that I was an early riser and asked her about coffee.  The hotel kitchen did not open until eight, she said, but the restaurant across the street opened at seven.  Shit.  What if I wake at six, I asked?  There were coffee makers in the rooms.  This did not make me happy.

I grabbed my bags and headed to my first floor room.  It was big, but it was not nice.  I have gotten used to the luxuries of home, it seems, with 19th century carpets and deep leather couches.  If I had the money, I guess I'd be a Four Seasons traveller. . . but I don't, so this standard fare American tourist room would have to do.  I plugged my almost dead phone into a charger looked around.  I needed water.  Badly.  But there was not a bottle in the room, not even for sale.  I went to the bathroom and opened one of the plastic cups wrapped in plastic.  I turned on the tap and let it run for a minute, then filled my cup.  Jesus, God. . . no.  Remaining dehydrated, I lay on the bed to take a short nap.  The bed wasn't bad, but I was too restless to sleep for long.  I had a text.  My friends had arrived and wondered where I was.  Then I got a call.

Their hotel was really nice.  It had a giant lobby, several bars, indoor/outdoor seating by the acre, and a pool the size of the Bahamas.  Their room, however, was much smaller than mine, and they were housing four.  It looked like there had been an explosion.  But they were campers and did not feel compromised.  We sat and talked and I got to know the boys who I had not seen in years.  I like kids fine, but I did not envy the parents at all.  I would leave for my own room later, but they would be living in the ruckus for a long time.  They tried to get the boys to go to the pool, but the kids wanted to stay in front of the adults and fight with one another.  Mom and dad were used to it.

Eventually we opened a bottle of wine, stuck it in an ice bucket, and headed outdoors.  I was in trouble, though.  I hadn't been around women in tiny bathing suits for a long, long time.  These were not the women I'd seen downtown, overweight with bad hair.  No.  These were the women of personal trainers and spas.  You know the type.  My type.  Snotty, entitled women with manicured toenails, flat stomachs, and whatever the doc could do.

My buddy noticed.  "You haven't been out much, have you?" he laughed.

Nope.  I hadn't.  I sat there all belly and bad hair myself.  I had let myself go too long.  These women were not going to be eyeballing me.  I thrilled and despaired in equal measure.

The afternoon wore on pleasantly with wine and conversation.  My buddy's wife and I had plenty of catching up to do while he managed the children.  We didn't want to go inside, so we ordered dinner for the patio as the air cooled with the sea breeze.  The food sucked, but I had already decided I would never eat again until I was sleek as a baby seal.  I ate a few scallops and gave up.  For Christ sakes, they served them with kale.  Kale?  No, no. . . it should be spinach.  I focussed on the squid I had ordered as an appetizer.  They were as disappointed with their meals as was I.  So much for resort food.

After dinner, it was time to stroll.  The boys went to the pool and my buddy's wife went to walk alone on the beach.  He and I walked he boardwalk until we came upon a strange and wonderful drum circle that was taking place at the public beach next door.  It was hypnotic, of course, the drum beats and the hippie girls dancing.  When we got there, they were three.  One was obviously trained in some sort of Sufi belly dancing.  Her moves were subtle and crazy and I immediately thought I wanted to take lessons.  The other two were not as practiced but were certainly talented.  They moved like the waves and the wind.  I felt myself a barnacle.  I would start dancing at home,  I thought.  I would find a drum circle near me and be a dervish until I was skin and bones.  I would eat hippie food and wear patchouli oil and gauzy hippie shirts.  Something.  Anything.

It was a silent scream, of course.

My buddy, who is a mountain guide in the Sierras and lives entirely with outdoor Cali folk, struck up a conversation with one of the dancers.  This was her first drum circle, she said.  I was floored.  She looked as if she had been born in one, raised in gypsy camps and danced by the firelight nightly.  I envied my buddy, all savvy and outdoor slim.  I've been beaten up pretty badly, I thought, but something has to change.  I used to be one.  Now. . . not so much.

My buddy's wife showed up and the drum circle took a break, and although it was not late, I was tired.  I had not had this kind of interaction for years now, and every fiber of me was ready to lie down.  I told my friends I'd see them in the morning and made the long walk back to my car.

Back in my room, I stripped down for a quick shower.  The mirror told the tale.  I had a lot of Sufi dancing to do.  It was daunting.

A bit later, I lay in bed in the cold dark room.  I hoped I'd sleep late.  I did not want to have to drink that shitty room brew in the morning.  To the hum of the hotel air conditioner, I drifted off into a hopeful Sufi sleep.