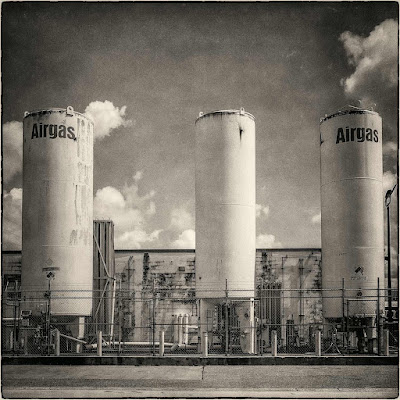 I don't know what Airgas is, but I think I have it.  We are coming to the killing part of summer here when thing just get on your nerves, when the smallest events become contentious.  It is the time of violence and murder.  If relationships make it through this part of the year, they are solid.

Me?  I just have The Airgas.  The Blowhard kind.  You know?

Having my buddy in town, however, has been good.  We took a two hour walk yesterday through his old neighborhood and beyond, past many historical scenes of our former "crimes."  Even though the town is changing, the past is not.  We told one another secret confidences without fear of reprisal or judgement.

Our sins, however, are merely of the venial kind.  Nothing mortal yet.

But it is early and the brutal part of summer has just begun.  As prices rise and conveniences disappear, who knows what lies ahead on this thousand miles of bad southern highway?  I can only suggest that you read your Faulkner.  The sins of the father, the past consuming the future.  Etc.

My former art dealer, however, tells me that it is the perfect time of year on the New England coast.  I guess so.  Oh to be a Kennedy lolling away the summer in a giant summer home, sailing gorgeous wooden boats before dinner.  I have a recollection of Sylvia Plath having such a summer, I believe.  I read her letters so long ago, but I am fairly certain. 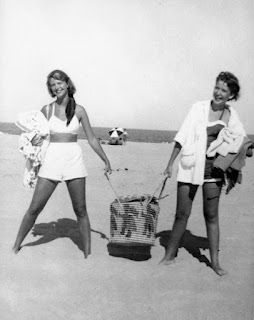 And maybe she'd take me to France
Or maybe to Spain, and she'd ask me to dance
In a mansion on the top of a hill
She'd ash on the carpets
And slip me a pill
Then she'd get me pretty loaded on gin
And maybe, she'd give me a bath
How I wish I had a Sylvia Plath ("Sylvia Plath," Ryan Adams)

It is a lovely song, but a bit morose really.

And she and I would sleep on a boat
And swim in the sea without clothes
With rain falling fast on the sea
While she was swimming away, she'd be winking at me
Telling me it would all be okay
On the horizon and fading away
And I'd swim to the boat, and I'd laugh
Gotta get me a Sylvia Plath

I saw Ryan Adams at the newly remodeled Beacon Theater in NYC the summer he crashed.  It was at that very concert.  The audience was a NYC crowd, for sure.  People mingled and talked and one fellow kept calling out for a Brian Adams song.  Ryan found no humor in it.  He should have.  He flew into a tirade and took out a pocketful of money and threw it at the fellow telling him to get out.  The internet blew up, and the crowds heckled Adams at every concert on the rest of his tour.  Everything went to shit for him from that point forward.  It is a shame.  He had been such a wonderful talent.

I don't want a Sylvia Plath myself.  Nothing but terrible trouble and sadness there.  She'd already tried to commit suicide by the time she was nineteen.  Nope.  Give me the steady one, the straight arrow who just loves being around some melancholy soul who needs succoring.  Yup.  That's the girl for me.

But I won't find her in this summer wickedness.  No.  That would be asking too much.  That would require a miracle.

Here is a link to the version of the song Adams played at the Beacon with the same two musicians who accompanied him there.  I'm not posting it, though, because I don't really recommend it.  But if you are curious. . . . (link).

It's not a summer song.