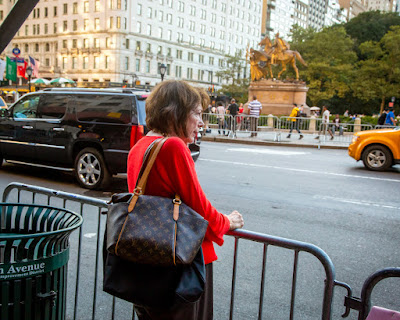 There is no point in being cynical or ironic today.  Monarch's are easy targets.  We'll see how that works now with King Charles.  Who would want to follow this last act?  He's already nobody's favorite.  He has every chance to crash the monarchy.

Selavy.
Today we live with the shocker.  There has been only one Queen of England for most of the world's population.  Ninety-one percent, to be accurate.  I just looked it up.  I can't add any tribute here.  She was just part of the air we breathed.  When I watched the news about her death, I must admit that I was moved more than I would have imagined.  This matters much less to a younger generation, I'm sure.  Youth is always excited to see what comes next.  How much could this really matter to a twenty-something?
One cannot blame them for their insouciance.  They'll have their own icons with which to deal.  I remember being a kid when Kennedy was shot.  The world just shut down, stood still.  I felt the gravity of the situation, but it seemed such an imposition and such bore.  It felt as if it went on forever.
We've recently had a resurgence in Lady Di interests.  Oh, boy. . . watch what happens now.  The King, that murderous, conniving scoundrel. . . .
Andrew will be thrown to the wolves.
England was already in crisis.  This could be something terrible to watch.
The world is not a stable place.  The Queens' death is simply a reminder.
Posted by cafe selavy at 8:44 AM