Alone in the Night 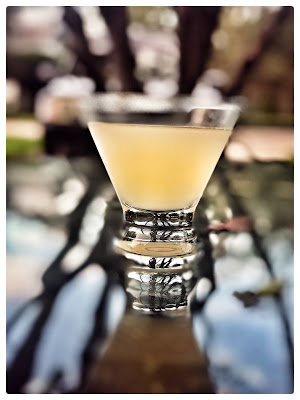 I sent this picture around to some friends on Friday night.  One of the Ph.D.s from the factory, a woman who wrote a memoir for her dissertation, wrote back:

You should write short stories for each of your cocktail pictures and make a coffee table book. I'd buy it. 😊

Two things.  Yup, educated people use emojis.  Sky was surprised when we began texting again that I did. But I have been a fan of emojis all along.  They are like ideograms.  So one night, drunk, probably, or maybe simply giddy, I asked my replacement at the factory who holds a Ph.D. in theory, " I was just watching an art show part of which was about pictographs and petroglyphs when I got a text to which I replied '😵‍💫."'  I was asked to translate, but I said that like petroglyphs, there was not a one to one verbal equivalent.  Then I said that Derrida would love them.  So. . . what do YOU think.  What would Derrida make of emojis?"

To which he replied:

😂🤣😂 well, ultimately, whole emojis are embued with socially mediated meaning, they are diadic, and this less prone to the exposure of the gaps in meaning we get from triadic uses of language.

IOW, an emoji has a distinct connection to the meaning it hopes to achieve...words are always only socially mediated, hence fraught

I get lost in the abbreviations people use, though.  I have to Google them to see what they mean.  I found that I can just copy an emoji and paste it in a Google search, too.  When I got this one, I was really confused.

I thought it was that Shaka sign all the kids shoot to one another--hang loose.  Or the Sign of the Horn--rock on.  I'm not saying I'm a fluent speaker of the language. . . I just don't mind it.

What was the other thing?  Shoot.  My mind drifted.  Oh. . . yea. . . maybe I should make that cocktail story coffee table book.  Nice idea.  I could include things other than cocktails, too. 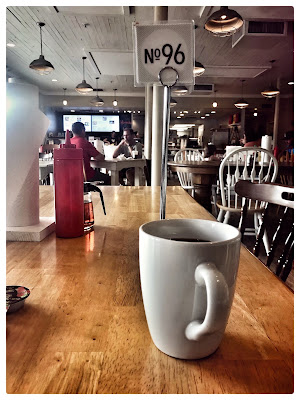 My morning began weirdly enough.  I didn't sleep most of the night.  I got up before five and did what I do and was ready to go back to bed when I got a text from MIA.  Would I be up to take a call?  Oh hell, yea, I said.

After the call, I was too jacked for bed, so I ruffled my hair and went to breakfast.  Three eggs, over medium, buttery grits, thick cut maple bacon, and a huge biscuit.  It was good.

And it was wrong.  I had a big belly and was beginning to fade.  Back home, I fell into slumber.

It was noon when I got up, and I was still very fat, so I decided to hit the trail for a little exercise walk.  Stretch, walk, twist, walk, walk fast, funny walk, windmills, front kicks, stretch, fast walk. . . .

What the hell.  No one was around.  I tried the old man shuffle.  Hey!  Nothing hurt.  Further.  Cool.  Walk, shuffle, walk, shuffle.  Mile after mile, then the big overpass hill, over and over.  Hell yes, the world was spinning under my feet.  Like Superman, I was turning back time.

When I was done, I decided to drive to Fresh Market and get some sushi tuna.  They have incredibly beautiful cuts.  I looked like a cripple getting out of the car.

Back home, I decided to take an Epsom Salts soak.  With lavender.  That's just how it comes.  As the water  ran, I poured a Belgian Ale, then sank into the steamy water.  Beer and a bath.  Not a good choice if you are wanting to do anything else afterwards.  I came out limp as somebody else's noodle.  It was almost time to go see ma.

A quick trip to the liquor store to say hi to my friends.  I grabbed a bottle of sake, too.

I'd decided to make tuna kobachi.  First try.  Seemed easy enough, but oh those Asian spices can be confusing. 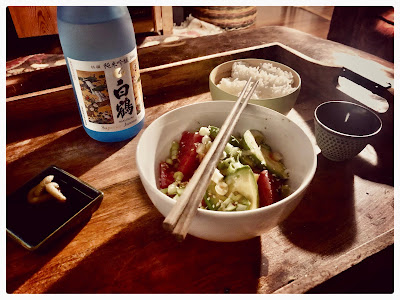 A beautifully romantic dinner for one.  God it was good.  And a little sad.  I sent it with a note to TropiGirl.  It was time for worm killer.

I am reading James Salter's "Light Years" again.  The opening chapter is a lesson in prose poetry.  I'd forgotten it all, it seems.  He channels Fitzgerald through Hemingway's prose and Robert Frost's sense of the pastoral.  The room was nicely lit as I sat with a whiskey at my elbow.  My emo music station was thrilling.  Salter, beautiful sad songs, the slight yellow light falling on the tribal carpet and battered chest, 19th century things. . . .  all around me color and texture, shadow and light. . . .

I continue reading.  Chapter Two--Nedra and the dinner party.  Chapter Three--Viri and the shirts.  Salter's obsession with beautiful things and what we remember through the passage of time.  The arousal of the senses, conscious sensuality. . . hubris.

I was too jazzed for bed.  TropiGirl asleep, I still smelled frangipani.  I lingered over everthing late into the night.

I am showing GREAT restraint here today.  Phone pics of my sad life.  I hardly have a story.  Just one right now.  Thump, thump, thump.