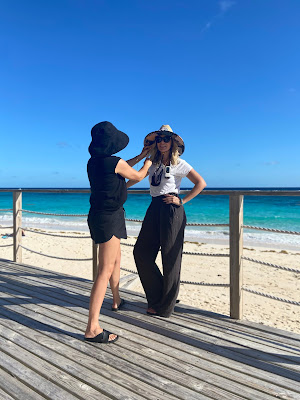 It seems last Saturday was a month ago.  Time's twisted logic. It never travels at a steady rate.  Since Saturday, I haven't been right.  Perhaps it was the shifting of the clocks.  It wasn't that, of course, but it hasn't helped.  And then a hurricane.  Strange forces conspire.

Last Saturday was too long ago.

I went back to the gym yesterday.  So did everybody else.  It was an absolute germ fest.  I'm getting VERY paranoid about it.  The tenant doesn't have the flu.  She has Covid and is in quarantine.  My cousin went on vacation and got it, too.  Both of them are terribly ill.  It hit them like a tank.  I'm staying outside the rest of the year.

There is a usual early group at the gym.  I mean, they are the Village Idiots.  They speak in conspiratorial tones, love Jesus, aspire and pretend to be something much more than they are.  The men talk about sports, everything from football to golf.  They relive games and matches and analyze them as if it were a serious work of art.  They are adamant about politics, too.  They are on the wrong side.  They are smug and dumb and clannish.  I used to go to the gym earlier which is why I hadn't spoken to anyone at the gym in twenty years.

When I started going a bit later, it was a different crowd.  They are a little loopy.  I didn't talk to them for a long while, too, but they were much friendlier and coerced me into their conversation.  They laugh a lot and make off-color comments.  I like this group fine.

Yesterday, though, the two groups overlapped at the gym and there was a very weird vibe.  And there was somebody I had never seen there before.  He looked like he'd spent time in a Brazilian prison or had grown up in the favela.  His mug shot face never smiled.  As soon as I saw him, I knew he was a fighter and not an amateur one, either.  He wore some MMA gym's t-shirt and glanced around the room in a menacing way.  Turns out he is friendly with some of the morning crew.

My Tennessee boyfriend, as Sky refers to him, is a good MMA fighter, but I know he is not in the same league as old Monkey Face, and what I saw made me uneasy.  It was obvious that Monkey Face had some hard-on for Tennessee.  The guy changed the whole dynamic of the place, set it on edge.  He was a real thug.

Tennessee had bought me some gummies at the dispensary, so when he had finished his workout, I walked out with him to his car.

"Did you see the guy in the MMA shirt," he said.

"Yea.  How could I not.  He walks around like a real asshole."

He got on his phone and started looking him up.

"I saw him on the Boulevard the other night.  My wife said, 'Why is that guy staring at you."  I said I didn't know."

I could tell my buddy was unnerved.  If this fucker is going to be around the gym, it is going to be difficult to laugh.  I know this knucklehead.  I grew up with the type.  Being around him is like being in the room with a retarded pit bull.

But he's a good reminder of the dangerous world.  I live in a bubble.  I've spent my adult life getting in.  I didn't grow up in a favela, but it was sure as shit Crackertown, and I can tell you, it sucks.  I spent my early life dealing with criminals, always keeping a wary eye when walking alone, getting gang raped every other week.  No. . . that didn't happen only because I was a guy, but I can't imagine what is was like for the girls.  The prettiest ones all had the toughest boyfriends.  Protection.  I did have trouble because of them, those pretty girls.  They liked me because I had long hair and was in a band.  That didn't go over well with guys named T-Bone and Pork Chop.  That's when I learned to do the old 007.  James Bond was an escape artist.  He was always running away.  Yup.  Bond.  James Bond.  I'd hear the theme song as I ran.

I can't run anymore.  Can't fight, either.  So Bobo is a bother.  Not for me in a direct sense, but I don't like the tension.  Something will have to be done.  Meanwhile, the levity has been sucked out of the room.

Not for me, though.  I don't care.  I'm an emo and just want to lie on the couch with My Own True Love in my Leave It To Beaver 'hood with the doctors and lawyers and Indian Chiefs.

I've decided I am going to give my Tennessee boyfriend a print.  I've given prints away to friends before.  I'm not taking money from them.  Tennessee's a real good guy.  Stand up.  Yup.

Skylar flew off to a Caribbean Island for a fashion shoot today.  For a week.  Maybe more.  She will be all sunbaked and toasty when she returns.  She's working with one of her NYC friends there.  They intend to have fun.

Not me.  I have a different kind of work to do.  I cleaned up the yard at my mother's house yesterday and must do mine today.  There is that and there are a million other things.

We are all trapped by something.  Only once in awhile, here and there, somebody sprouts wings.

I got a letter on a lonesome day
It was from her ship a-sailin’
Saying I don’t know when I’ll be comin’ back again
It depends on how I’m a-feelin’
Posted by cafe selavy at 6:59 AM