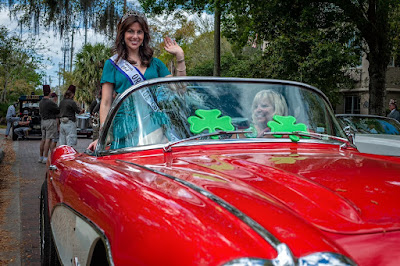 Democracy is the theory that the common people know what they want, and deserve to get it good and hard (H.L. Mencken).

I never got a kick out of Mencken.  I do now.  He was on to scam artists and snake oil politicians.  If the question is "does democracy work?" the answer is "yes, just as it was designed to."  My mother voted early and straight down the line for people who do not have her best interests at heart.  Her candidates will win--straight down the line.  She can't tell you much about government or how it is supposed to work.  She doesn't have a clue about state districting or who her state representatives are.  But if they have an "R" before their name, they are the ones for her.

I was with the "D" people at the factory festival on Thursday.  They are outraged that babies can't have abortions or something like that.  My ears hurt after a few minutes of it.  None of them have "R" friends.

Last night, I was out with gymroids, "R" people.  These are the people, though, who actually benefit from voting "R."  I mean, they have money.  They don't want to give it to the poor unless it is their own chosen charity.  They don't want babies having abortions.  I have as much fun with them, though, as I do with the "D" crowd.  They all know how I feel about political and social issues just by looking at me.

I don't really like people. . . until I get to know them.  Then I kind of like them.  Still, they make me nervous.  All of them.  But, given my career as an actor, of sorts, I've learned to put on the character mask that shields me somewhat.

One of the gymroids likes to introduce me as "the photographer."  He has never seen any photos.  He wants to know what kind of photos I take.

"What kinds are there?"

"What are my choices?"

"So what do you take photos of?"

"You know, houses, broken glass, painted curbs, shit like that."

"Who are some of your favorite photographers?" I ask him.

"Do you like William Eggleston?  See?  Why would I want to show you my photographs?"

At the factory party, though, a painter of some repute and a humanities professor were chatting with me.

"Are you still making pictures?"

This shocked me.  When I had the studio, I did some portraits for the painter's catalog.  I photographed some of his paintings for a catalog, too.  He saw my stuff hanging in the studio, but he never said anything.  He saw my photos in a couple gallery shows, too.  So, I was rather surprised by his comment.  Her's as well.  Flattered.

The gymroid was introducing me to a girl with the "he's a photographer" thing.

"What kind of photography do you do?"

One of the boys sitting there said, "I like photography."

He is a college biology prof,  a real nice guy, so I just smiled an nodded.

"What kind of camera do you have?" he asked.

"I have about fifty of them."

"I've done weddings and stuff with the Nikon."

It's been so long since I've photographed anything, I can't find photos to post here other than things I did in the studio and before.

When I showed up at the little Irish pub last night, I reached into the glovebox to get my wallet.  It wasn't there.  O.K.  I looked for the little envelope of cash I keep in the car.  Nope.  I had used that up last week paying the yardman.  I scrounged around and found a twenty.  O.K.  Two beers, maybe, then I'm out.

I never got to use my twenty.  The same fellow as last time was picking up everyone's tab.  I stayed much longer than I intended.  I had beers.  I had shots of some spring break concoction.  I ate a rueben.  I was invited to go to the generous gymroid's house to "see" his scotch collection.  Apparently, it is quite impressive.

"Nobody ever went broke underestimating the taste of the American public."

"On some great and glorious day the plain folks of the land will reach their heart's desire at last, and the White House will be adorned by a downright moron."
As long as the charmers can keep people at one another's throats. . . I'm with Mencken.
Posted by cafe selavy at 9:04 AM