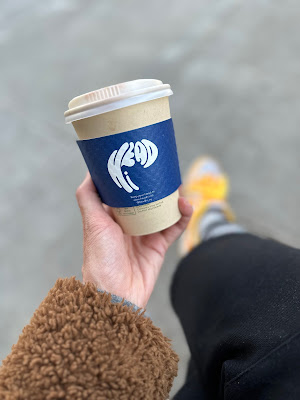 "Fuck Frank!"  Funny how much comfort those two words brought me.  That was Sky's reaction to yesterday's tale of Thanksgiving dinner.  No corrections, nothing telling me how I might have handled things differently.  Just solid support.  I haven't had anything like that for awhile.  A good new old friend for sure.

Q's favorite part of the tale was my regret: “When I got home, I didn't like the story, either.”  I didn't ask if he liked the writing or was poking me with his tea totaler's wand.  I think he just likes it when I am ashamed.

I was sluggish yesterday.  I guess I might have drunk too much the day before.  I got to the gym late and was weak and listless.  I sleepwalked through a pitiful workout then went to my mother's house for a ham sandwich from the take-home leftovers of the night before.  I never eat sandwiches. . . mainly because I never have bread in the house.  Oh, man. . . my mother does.  Two pieces of white bread, a big slab of ham, mayonnaise, mustard, cheddar cheese (I think--it was yellow but who knows what my mother buys) and big dollops of cranberry sauce.  There was still half a bottle of Chardonnay in the fridge.    I was partying.

My mother didn't mention the Fuck You Frank story, but she told me that this morning he found out his sister had died the night before--on Thanksgiving.  Probably right around the time I was giving him the business.

Mom said Lucy was cogent when she came over to visit.  She didn't mention any conversation about the dinner conversation, so maybe everything is o.k.

I left my mother's house to take a long Epsom soak in the tub.  I stayed in a long time.  When I was done, I was done.  I mean, I had little energy for going out.  I had wanted to.  I wanted to get that perfect Mahi sandwich from the great little bar up the street, but I put on my bum clothes and decided to make a Margarita.  I was out of Cointreau, so I made a Campari and soda instead.  I took it to the deck with cat food for the little feral who was at the door.  The air was miserable, steamier than the bathroom I had just left.  It was a lousy night, so I decided to grill a beef kabob with asparagus, diced little red potato, and beans.  Another Campari, then wine with my meal which I took inside.  I sat down in front of the t.v. and found I could stream the U.S. vs England World Cup Match from earlier in the day.  I'm not really a hipster soccer fan, but there are no commercials and the matches are relatively short.  By halftime, I was on to the whiskey and needed to make a liquor store run.  Q FaceTimed me.  He was manic and wanted to play fifteen to twenty seconds of chords on his guitar for me.  Over and over again.

I decided to take him in the car with me.  That didn't work out well at all, but he was anxious, he said, to see me get a DUI.

"You need one.  It will make you more interesting and dangerous.  Girls will like you again.  Who would you call to bail you out?"

He had apparently thought this through.

Back home, I started the second half of the game.  Soccer really is a stupid game.  Really?  You can't pick up the ball?  It is like watching boxing after you've seen MMA, only the opposite.  I mean, why can't you just knee the motherfucker when he ducks?  Still, you know, I feel compelled to watch the World Cup every four years.

I'm sure C.C. has been watching.  He has hipster sons and got hooked watching it with them as they were growing up.  Sometimes when I text him, I'll get, "I'm at the Bull and Bush watching Manchester v. Birmingham" or some such thing.  But it beats those shitty football sports bars, for sure, those gathering spots for those with damaged or deficient brains.

The match ended in a 0-0 tie.  WTF?  Q explained to me that that was a good outcome.  I felt like I'd been cheated out of something.

By nine, I was leaning toward my bedroom.  The kids weren't even getting ready yet to go out for the night.

It doesn't seem I'm, starting out my holiday season very well.  Maybe today.  If the weather is nice, I'll go for that Mahi sandwich.  Nope.  I just checked.  Another shitty weather day.  I'm tired, though, of moping. I just need to get in the car and go somewhere and not come home until bedtime.

Maybe this will help.