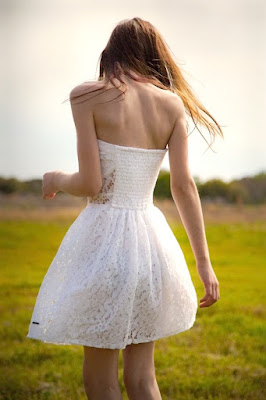 The last year of elementary school was coming to a close.  By and large, I'd been in school with the same kids for six years.  Now we were finding out that we were to be split up, some going to the old Junior/Senior High School, others going to the brand new Junior High recently completed.  I was on the borderline between the two.  My hope was to go to the old High School, but that was not the case.  I would be shuffled in with kids from another elementary school.  All of them.  There would be some of my old school kids there, but we would be enormously outnumbered.  Life was about to take a big turn.

That summer, somehow. . . I don't remember the circumstances. . . I met some kids from the new school.  And apparently, I was already known because of the band.  Fame had come my way.  What that would mean, I would find out soon enough.

Before school began, I was told that a girl named Violeta liked me and wanted to meet me.  Her house was near the "other" elementary school.  One day, with an older fellow I had met, we went to her house.  The neighborhood was new to me, a distant land, another planet.  The sun shown differently here, it seemed, the colors blander, the light harsher.  People who lived on these streets, I imagined, were certainly dangerous.  My body tensed.  I was wary.

Violeta looked as if she had sprung into the world fully formed.  She was already complete.  She had the body and the confidence of a woman.  She was as tall as I, maybe even taller, with hips and breasts and a face that was youthful but mature.  She had olive skin and thick dark hair, and her eyes were nearly black.  Her smile was overwhelming.

My new friend was older and had a motor bike, a 50cc Honda that kids were allowed to drive with a learner's permit.  He introduced me and we all talked a bit, then, unexpectedly, he left.  I was alone, face to face with this woman.  Nobody else was home.  I was like a mute.  I had no words.  She, however, was relaxed and poised.  She looked at me confidently.  She smiled.  And then. . . she kissed me.  It wasn't like the kisses I had gotten at parties in dark corners that lasted only a moment.  Her arms around me, I could feel her body press against mine, her very full lips exploring my neck and my mouth.  Vertigo hit me full on.  My head spun, my body trembled.  In truth, I was terrified.  There was no one to stop us, no need to cautiously look around.  There was only me and this wild gypsy woman/girl with the warm breath and the strange name.

And that is all I remember.  Nothing in life had prepared me for this.  I only recall that when I left, I felt the difference.  She was no kid, not in the way I was.  But I had taken the first step into a harder, stranger world.  I had, in the parlance of the day, "made out."  Walking home from her house through unfamiliar streets, I knew I had just been elevated high above my group of elementary school friends.