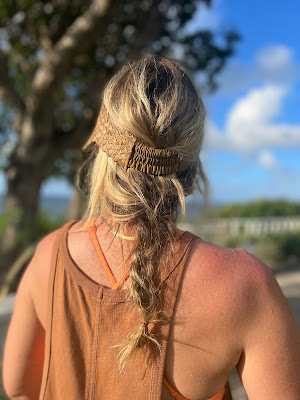 Breaking from the little narrative I've been writing.  I think I will return to it, but who knows.  Life is weird and strange with twists and turns like a snake eating its own tail.  That was fun to write, but it really makes little sense.

I've been out the past two nights.  It is partially the fault of a girl.  She told me I had to get out among the throng, that I needed to see people and interact.  She told me this awhile ago in writing, then, later, in person.  She encouraged me to go out, meet with women.  She wanted to give me my mojo back.

I've been there now.  She's right.  It was probably necessary.  Like annual trips to the dentist or the required colonoscopy.

I'm not saying I didn't have fun.

I took the train back to the factory town for "Friendsgiving."  Fried turkey and fixings on a large patio on a cool, clear evening.  Gas heaters hissing, glasses clinking.  It was a large group some of whom I had not seen in a very long time.  Smile.  Shake hands.  Exclaim.  Ask the usual questions.  Answer with the usual answers.  More smiles.

I finally lighted at a table with the customary friends.  Quipping and laughing.  I never drink much when I'm out with the factory crowd, a longstanding habit, so after three, I was ready for the train ride home.

I sit longer, a passenger prisoner.

I had done well all night, said the right things, avoided the wrong ones.  I'd not offended anyone as far as I knew.  Then, on the ride home, I stepped in the shit.  I told my progressive friend that I had a lot of republican friends who I enjoyed, clever friends with keen senses of humor.

"They are not afraid to say the wrong thing.  They'll go inappropriately off-color."

"How can that be funny if it is inappropriate?"

Delivered with "that" tone.  What could I say?

Last night I was out with the gymroids, an especially incorrect group.  You have to bring your boxing gloves to hang with them.  Again we were outside on a cool and lovely night.  We were half a mile from my house at one of my favorite bars.  The big courtyard stretched for a quarter block with gas heaters and high, triangular awnings attached to tall poles.  Things got weird fast.  A couple of fellows had been out the night before and were still "partying."  The infamous d.j. had begun drinking earlier in the afternoon.  I sat with the fellow who keeps picking up the tabs and ordering expensive tequilas.  Then some decent people came, a married couple.  I scooted down to make room for them.  I had tilted to the drunken, strange end of the table.  In my left ear were the verbal jabs and hideous rumblings.  In my right, people were talking about the housing market.  I sat next to a nice college biology prof who was getting a lesson in the strange, but somehow I was ending up the brunt of every joke, and now the fucker was chiming in.  The fellow on my other side was telling that crowd that he had owned "that ranch" once.  He sold it for $110 million.  Just one of the deals that made him.

The waitress was young, beautiful, and sweet.  I don't know how.  The fellow who sold the ranch told her she looked like Zoie somebody whose mother was the mother in "Back to the Future."  He held up his phone to her to show her the picture.  My Tennessee boyfriend began calling her "Miss America."  It was getting hard to take.  I could feel the embarrassment crawl up the back of my neck as I remembered my progressive friend's jibe.

Suddenly, seemingly out of nowhere, a woman slid up beside me and gave me a big hug.  I turned.  It was the wife of a friend I hadn't seen in years.  He had made a fortune as a partner in a crane company.  The nice couple who had joined us knew her.  Their daughters had roomed together in college.  The woman was still attractive the way all the rich village women are, with good hair, beauty treatments, private trainers, trips to the oceans, trips to the mountains, always in beautiful suites.  She stayed a long time and sang my praises.  The gymroids don't know me this way.  Somehow I have picked up nicknames like "Wild Man," and "Shaman."

"He's got poppy juice at his house and a freezer full of mushrooms.  We're all going to go over there one night and party."

As I write this, a text comes in from one of the gymroid derelicts.

"How can it be funny if it is inappropriate?"

I like them all, you know, but I do get worn out.  I was ready to leave and got up to settle my bill with the waitress.

I grinned weakly and overtipped.

My Tennessee boyfriend asked if I would give him a ride home.  He'd been drinking for two days and had to get up at four in the morning to drive back to Tennessee where he is building some resort cottages on a piece of mountain that he owns.

When we pulled up to his house, he said, "This is where the rich people live."  I didn't tell him my ex lived a few houses down.  I don't tell most people much.  I like my life on the DL.  I'd rather be a mystery.

"Did you build this house," I asked him.

"Oh. . . really?  I was at her wedding.  She had a pretty daughter who was taking over the business."

"She lives in the house behind me," he said.

He didn't invite me in.

Two nights out at opposite ends of the planet.  One group likes ideas.  The other, money.  I just made a journey through the contemporary American landscape.

I think I'll pick up my mother and bring her to my house to grill steaks tonight.  It is Thanksgiving week.  We will be eating with her neighbors Thursday.  A couple weeks later, it is my mother's birthday.  I'll be spending time with the aged.

These were all suggestions from a girl I know.  She has left the islands work in Gotham.  Big turn around. Big life.

I think I need to turn inward a bit.  I need to deflate, meditate, do a little of what the Goop crowd calls "self care."  But who knows.  The season is fleetingly upon us.

I'd rather spend it, though, with my own true love.