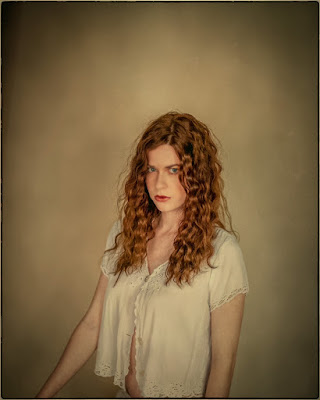 As will happen with boys, my interest turned to games.  We ran, we leaped, we threw rocks and rode bicycles.  And one day, I was on a team.  Organized sports.  Crackertown was small, but we had a Boys Club with leagues.  It was Pee Wee league and there were only two teams--The Red Caps and the Black Caps.  We played one another every game.  I was on the Black Caps, and on my first at bat, I hit a home run.  On the way home, my father gave me the ball.  The Black Caps won every game but one.  It was awful.  One day, though, the game was close and I made an errant throw.  They scored and won the game.

I cried all the way home.
There was a basketball team, too.  We played kids from other schools and Boys Clubs.  I was chosen to play on the All-Star team of the older boys.
There were no football teams, so we played in the streets and backyards around the neighborhood.  It was fun unless one of the older boys played.  They were brutal sometimes and would tackle with viciousness.  Still. . . we played.
Like most boys at a tender age, when asked what I wanted to be when I grew up, I answered, "I want to be a football player."
Each year, I was chosen for the baseball All-Star Team, but I never got to participate.  My parents' vacation weeks were determined by their jobs, and our vacation always fell on the week when I would have played.  It was terrible.
I had no girl crushes for a long time.  I went to school with the same people year after year.  But as they will, things began to change.  In the fifth grade, sitting in the classroom, I got an erection.  I'm sure I must have had them before, but this was the first one I was conscious of.  I found new ways to entertain myself in bed during the night.
By sixth grade, some of the girls were getting cute.  Jeanette was the first girl in our class to have noticeable breasts.  All the boys realized at one and the same time that she was "sexy."  She had full lips and was getting curvy all over.
It was that year that I first got a "real" kiss.  I was at my friend Tommy's house.  His parents were gone and his older sister had a friend over.  They were playing records and his sister asked me to dance.  I remember that the song was "Wooly Bully" by Sam the Sham and the Pharaohs.  The dance was a silly one.  You took two steps toward one another then hopped.  The repeated it backwards.  The music was playing and we were laughing, and then something happened.  I was standing near Tommy's sister.  She was well developed, already a young woman, and I had no idea about what was going to happen.
"Do you know how to French kiss," she asked me?  She put her lips on mine, then pulled back.
"Open your mouth," she said.  She kissed me again and slid her tongue between my lips.  The room began to spin.  She did this for awhile, and then it was over.  She put on another record and that was the end of kissing.  But I had been transformed.  I was one thing when I went to Tommy's house that night, and another thing altogether when I left .
I had a record player now, and when I went grocery shopping with my mother, I would get a record.  These were popular songs recorded by cover bands.  I had a copy of "Sugar Shack" that I listened to over and over again.  I liked it better than the one on the radio.
Then, on my birthday, the Beatles made their American debut on "The Ed Sullivan Show."  I bought no more cover records.  I wanted a a drum set.  I wanted to be in a band.
We performed in the 6th grade Talent Show.  I sang "House of the Rising Sun" and "Love Potion Number Nine" without a clue of what the songs were about.  I think, in large part, our song selection might have done us in.
I was on a Major League Baseball team now.  We had full uniforms and played on the big field, sometimes under the lights.  Friday night games were big and well attended.  There were refreshment stands, bleachers. . . we felt like pros.  One night, though, one of the girls at school was having a party at her house.  She wanted our band to play.  It was the Friday night of our game under the lights.  I was one of the team stars, pitched, played first base, batted cleanup.
I went to the party.  You could see the lights of the baseball field from her house.  Kids slipped off into dark corners.  I got kissed by several girls.  Jeanette and I French kissed.  We were changing rapidly now.  We wanted to be dangerous.
I got benched by the coach for a few games because of it.  Worse, however, was the way he looked at me after that.  My suspension didn't last.  He put me in in the late innings of the next game.  But the disappointment remained.
Again that year, I could not attend the All-Star games.  My hair got longer.  I was a Beatle now, I thought. The girls were screaming for me.  I was scared, but I wanted all that came with it. . . whatever that was.
Posted by cafe selavy at 9:04 AM