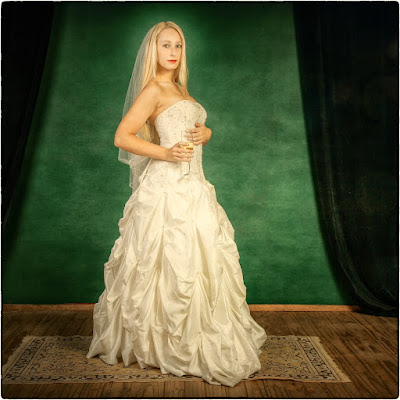 Romantic love is exotic, fragile, and exhausting.  It rushes through your veins like a magical elixir that alternately burns like a tremendous fire and comforts like newly churned ice cream.  You are big.  You are huge.  You pity mere mortals and their pedestrian affairs.  Here and there you observe some old couple who have been married for forty years, and sometimes, though rarely, you can see that the memory of that romance still remains.  Not the fire, you understand, but the memory of the fire, and by gosh, it is enough.  Mostly, though, when you look around--no, I need not project this on you--when I look around, I see the remains of a proximity match, two mules who have been teamed to pull the wagon of life together over hills and bumpy roads.  They might have a mutual respect ("Oh. . . Bob's a good man), and sometimes even admiration ("Martha was always the best editor at the magazine), and often, that is the stuff of movies.  A couple who have made a life together but have drifted apart.  Exposition, conflict.  Now all we need is a resolution.  She has an affair, or he does, and somehow it sparks their once upon a time relationship again.  Or, no. . . wait!  It might be like "White Lotus."  Suspicion and resentment eat them up and we have to wonder who is going to murder whom.

But living with the sustained fire of furious love. . . .

I'm a fool, of course.  I've done that and let it burn me up inside and out.  The fire never goes out.  I just keep feeding it.  With what?  What is left to fuel the flames.

Ego, I guess.  It seemed an infinite resource.  I thought it could never possibly run dry.

I think I've used it all up, though.  So it feels, anyway.

I should take my mother's advice.  She finds "nice" women for me all the time.  You know the type.  Pleasant.  Non-tragic.  Likes normal things. . . can be happy with the average. Good with a moderate budget, plans for the future.  Believes in God, but isn't crazy over religion.  Reads her horoscope but doesn't really believe such things--still. . . .  Isn't bothered by popular music, thinks some commercials are funny.  Isn't afraid of eating the cookies she has baked for you "fresh out of the oven."  Dreams of vacationing at a Sandals resort.  Smiles a lot and helps out the neighbors without being asked.  Is close to her family.

"Because I'm stupid, mom.  Something happened to me in my youth, I guess."

Maybe if I had been raised in the Catholic Church.  They are not so very religious, I think, not like the other cults.  There seems to be a lot more excitement there.  God only knows how much different my life would have been.

I let that fire burn for a very long time.  I remember my dead ex-friend Brando telling me after a break up with his last girlfriend ever that something happened to him, that he felt he had finally been released from the grasp of an insane demon.

I guess the romance was gone and maybe he became like so many others.  Practical.

And then he stole my money.

I liked Brando the Romantic ever so much more.

Am I going to become one of the Practicals?  Will I give up on the calling of the nighttime owls, on ever gazing at the moon?  Will I begin listening to radio talk shows and watching television sports or going out to sit in the bleachers with the people who I've become?  A greeter standing on the sidewalk outside the church handing out the Sunday program and smiling at people as they come for the weekly service?

I've just finished that good biography on Bourdain.  He couldn't do it.  Couldn't become normal, couldn't become Anthony Mundane.  The fire was eating him alive, so he decided to simply put out the flame.

Don't worry.  I'm not crying out for help.  But I think I am about to get a bit more practical.  There is always much humdrum life to work at.  I spent yesterday cleaning out closets, throwing away much of what I have held onto for so long.  More negatives went into the fire.  I thought of Ili while I did that.  Just get rid of all the demons you've so long loved.  My travel/art friend told me he has been sitting for weeks with his boxes and boxes of photographs doing much the same.  I'm giving up trying to organize the hard drives, too.  I dumped terrabytes of memory into the trash.  It wasn't all that.  I cleaned out the refrigerator, too.  I scrubbed the kitchen counters and washed the shower curtain.  I did two loads of laundry.  Today, I think, I will weed.  I've been invited to help decorate a boat and come aboard for the annual Christmas Boat Parade through the chain of lakes.  Isn't that something?  You bet.  I'll probably quit making so many romantic dinners for one, too, and eat like the common folk.  I'm cancelling the daily cocktail hour, of course, and drinking moderately, wine with dinner, you know.

I think it a worse death than Bourdain's, of course, a protracted Purgatory on the way to Hell, but. . . I still have to get my knee fixed, and of course, there is my mother.  We're getting new phones for Christmas and I'm going to marinate turkey thighs in buttermilk and grill them for our Christmas dinner.

I think of Hemingway, of course, and that most confounding and published short story in American literature, "A Clean, Well-Lighted Place."    He so deftly evinces the difference between the two types.

Last week he tried to commit suicide," one waiter said.
"Why?"
"He was in despair."
"What about?"
"Nothing."
"How do you know it was nothing?
"He has plenty of money."

The older waiter is full of empathy for those who face the void.  The younger waiter is, of course, a symbol of the oblivious masses.
The payoff, other than the Nada prayer, comes in the ironical last paragraph.  The older waiter is practical about facing his life with a throw away line that resounds. . . if you are, at least, aware.

He disliked bars and bodegas. A clean, well-lighted café was a very different thing. Now, without thinking further, he would go home to his room. He would lie in the bed and finally, with daylight, he would go to sleep. After all, he said to himself, it's probably only insomnia. Many must have it.

In that last line, of course, he makes the distinction between himself and those walking insomniacs who are able to succor themselves with bars and bodegas.  Many must have it.
This Empty Northern Hemisphere indeed.  But I would be very remiss if I were not to end this post with a poem by that seemingly enigmatic pragmatist, Robert Frost, who captured so deeply the polarities of life.