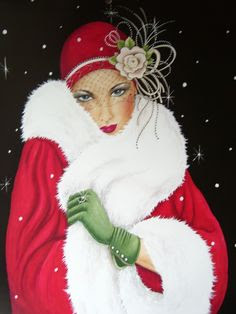 I have to write tonight.  I have no choice.  Write or die.  I'd rather write. . . at least for now.  I will write, I guess, chronologically, not by weight of importance.  I am not postmodern in this.  Chronology suits me fine.

I had an MRI today.  The Physician's Assistant called me about two hours later.  He had looked at the MRI.  He said there was a small tear in the meniscus, but that there was much arthritis.  He said that he wasn't certain that repairing the meniscus would solve my problem.

What I heard was that they would want to do a knee replacement.  But wait!  Who the fuck is a P.A.?  Having him read an MRI is like having X-rays done by a chiropractor.  Nope.

Still, I was bummed.  I have too many broken pieces now.  Although I have a hero's mentality, I no longer have the body.  I can't fight.  I can't run.

I met Sky for an early dinner tonight.  She is drop dead gorgeous. . . and I am not.  I might have been once, but time and circumstance. . . .  I was depressed all the live long day.  I could barely walk.  I look like shit.  I have no clothes.  I am fat and am ready to associate myself with "The Whale."  I was a wreck all day.  I couldn't bring myself to get ready.

But just in the nick of time, I put on some old clothing and headed out the door.

I got there before Sky.  I had reserved a table on the patio, but I was sitting in a seat that did not "suit" me. It had a 90 degree back which meant I  had either to sit in an unusually erect position or slump like some Warhol punk.  When she walked in, I fell apart.

We argued, of course.  She wants to limit the topic and I want to include everything.  Whatever.  She tells me that has always been my problem.  What can I do but agree?

We order drinks.  She won't drink liquor with me.  She drinks it elsewhere, but never with me.  I order sake.  Lots of lots of hot sake.  We are outside and the temperature is dropping and I am shivering uncontrollably.  I want the sake to warm me, but it is not the temperature. It is my life.

I feel weak.  I confess.

She wants to take phone pics, but feeling like Quasimodo, I defer and decline.  She looks at me.  I want to look at her, but I want to hide.

"Look what your god has made of me!"

Sushi, scallops, oysters, more sushi.  I want a scotch afterwards, but that is a "hard no" for her.  Last time we quarreled, I was drinking scotch.  It wasn't the scotch, but it contributed.  And so. . . I have a glass of wine.

When we finish dinner, we walk to my car.  I have gifts for her, too, but they are not nearly as good.  Three books.  I feel like an asshole.  Really?  And a photo I have had made for her at her request.  Still. . . I should have done better.  I would have. . . but I am incapable.

And then I break.  I can't help it.  I begin to weep.  I can't explain it except to myself.  I say something inane.  She understands, perhaps.  I love so deeply.  I have loved her.  I have loved this life.  I have, as literature has told me, tried to suck the "pap" out of it (see "Gatsby").  But standing on my gimp leg in a parking lot saying goodbye to my own true love. . . .  There is too much for me to withstand now, or at least that is what it has seemed in the past few days, and I don't care to fight it any longer.  I was once  a hero. . . or at least my own.  I don't want to go on if I can't save the world from villains.  I can't fight.  I can't run.  I can barely stand.

And so the tears streamed and I couldn't stop.

Maybe it isn't worth it.

When Ili left, I thought, "fuck it, I'll go the way of Orson Welles."  Of Brando.

Sky tells me the sweetest lies.  I'm either going to have to do something drastic or give up the ghost.  There is still the tiniest of flames burning inside.  It will take a lot of kindling to get it to burn for a few more. . . however long.  But I'll have to cut some wood and chop some kindling.  Then. . .

We will simply have to see.

Sorry, Sky. . . but the happiest of Christmases.

I wake this morning after sunrise.  Little blue pills are magic.  Not the ones you are thinking.  I feel better this morning.  We sat outside last night for dinner and the weather was fine.  It dropped like a rock last night.  It is thirty degrees.  The sky is crystal clear.  I drink coffee and eat warm banana bread.  The cat was waiting at the door when I walked to the kitchen.  Poor cold kitty.  I give her a can of food, but then I think to warm some milk.  She eats and drinks it all.  She'll need calories these next few nights.  The temperature is only dropping from here.  I think, "maybe I should put a heating pad in a cardboard box.  Maybe she would sleep in there."  But I know she wouldn't.  I have much to do today. I must prepare the buttermilk brine to marinate the turkey in overnight.  I have to wrap my mother's non-existent presents, and if I can walk at all, I will be on the Boulevard to get her a few last minute things.  I wish I had gotten more for my New Old Friend.  I am shamed by her thoughtfulness but warmed as well.  I am the worst on demand giver of gifts.  I should have gotten her a toaster!  I think my father used to buy my mother a new vacuum cleaner or some other deeply personal item.  I must have gotten them perfume and cologne.

My old wooden house is drafty.  It is impossible to keep it warm.  I have a fireplace I've not lit for years.  I'd be afraid to burn the house down tonight. Still. . . .

It is Christmas Eve just like that (a snap of the fingers).  I've given you nothing this year.  I am sorry, but I do wish you peace and joy and a better tomorrow.  That's it.  That's what I have.

And this. . . for breaking my big and aching heart.