A Man on a Ledge 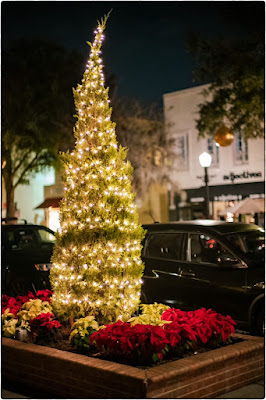 I'm a man on a ledge tonight.  Are you ever there?  When everything goes wrong?  When you can't get out of your own way or anyone else's?  That moment when the universe has voted against you?

My mother turned to toast over her new phone.  No matter how many times I show her how to answer a phone call, she can't do it.  She started crying tonight when she couldn't figure it out.  She said she had a meltdown earlier.  This was after a second trip to the pharmacy to pick up a prescription.  The ortho had not responded to their text for a similar anti-inflammatory for my totally f'ed up knee.  This was after I tried to get around to stores today to buy some last minute gifts and Christmas victuals.  I can't walk.  I just can't.  My knee pops and the flashbulb goes off in my brain.  Three steps, four. . . maybe six or ten.  I never know.  Then--POW!!!  So, after leaving my mother's house feeling abusive and sad, I Googled "phones for seniors."  There is one.  Terrific.  It is called the Jitterbug.  Funny name.  It is not, however, carried by AT&T where I just bought my new phone.  Maybe I'll eat it and just get a Verizon account for ma.  I needed a cocktail.  I poured a good amount of gin into a glass, only to find there was no tonic.  Not quite true.  There were two small opened bottles with drops in them.  I used that.  I thought to make a simple dinner--spaghetti noodles, petite peas, and canned chicken with lots of garlic, olive oil, salt, pepper, and red pepper.  Trust me.  It is delicious.  Boil the water--and what?  No fucking noodles!  I found a bag of rigatoni.  But I have no peas!  I'll try broccoli.  Whatever.  The day is a disaster.  I open the folding door to put some laundry in the washing machine.  It won't open.  Simple thing.  A flip-flop is blocking it.  I'm now completely losing it.  My new phone is dead.  The wireless charger didn't charge it.

You know the drill.  Shit.  I forgot to put the new black t-shirt in with the wash.

I wrote that last night thinking I wouldn't have time this morning.  I have to be at the clinic at 7:45 for an MRI.  I had X-rays on Wednesday and was lucky enough to get scheduled for the MRI before Christmas.  God knows, however, when I will see a doctor.  I went to a walk-in clinic and saw a P.A. just to get the whole thing started.  He prescribed an anti-inflammatory that isn't covered by my insurance.  Why?  The pharmacy faxed in a request for one that is, but there was no response.  How many lunches did it take for him to prescribe this one?  So, I'm taking tons of ibuprofen and acetaminophen.  Little help, it seems.  I woke at four, got up at five.  I missed the winter solstice on Tuesday, the darkest day of the year.  Now, less darkness, more light.

The Winter Storm is coming.  Nights here are turning cold.  I have an early dinner reservation for an outdoor table at a nice restaurant in the factory town tonight.  I called.  They said they have heaters in place.  The bitter cold will not have hit yet.  It should be fine.  If not--plan B.