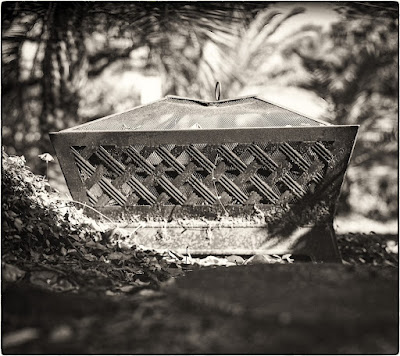 Things start getting weird when kids reach a certain age.  Things were getting weird everywhere, really.  Kids were growing and social dynamics were changing.  Stryker, who we always thought was tough, got into a fight with a kid who had always been kind of wimpy, but he had grown, and he hit Stryker so hard in the jaw that it looked like a grapefruit for a week.  We were shocked by both the result and the seeming brutality of the thing.

Styles were changing.  Boys had bangs, girls short skirts.  Some teachers were hip and cool, we thought, and others were entrenched in the old traditions.  All of the English and art teachers were female, youngish, and more progressive.  Everyone loved them.  Herbie had something going with my English teacher.  She was one of the "cool" ones even though her breath always smelled strongly of coffee and cigarettes.  Herbie had read "The Prophet" and was writing in a journal.  He had gone to the English teacher's house to have her look it over, he said with a devilish grin.  There was a fat teacher named Bloodworth who would let you drive her car if you had sex with her, at least by reputation.  It seemed true enough.  One of the girls' P.E. coach was very butch and had her own favorites. Suddenly sex was "in the air," to use a hackneyed cliche.  Most couples were now "petting," as it was called, but there were some girls who had "reputations."  A few girls were now getting picked up after school by boys with cars which seemed somehow intimidating.

One night, I had gone over to one of my former bandmate's house.  He told me he knew a girl who would come to her window and get naked.  On Saturday nights, her parents went square dancing at the Big Tree Park and did not get home until late.  She would let the boys into the house to have sex with them.

We went to a house several blocks away and crept around back to a bedroom window.  He tapped on it gently and we hid until we saw the girl open the curtain.  My buddy talked her up for a bit, then she climbed onto a dresser and pulled her nightgown up.  He looked at me with wide eyes and said, "I told you."

A few days later, the Principal of the school came to get me out of class.

"Come with me to the office," he said.  I was nervous.  I had no idea what this could be about. He didn't say anything until I had taken a seat and he had closed the door.

"I didn't do anything," I cried.  "We went over and she. . . ."  God knows what all I told.  The thing, apparently, had become a scandal.  More boys were called into the office.  Parents became involved, including the Square Dancers.  Everyone in school knew about it.  It was a full on shit show.  In the end, several boys were suspended.  I, however, was not called to the office again.  Somehow, by grace, I had been spared.

Mike S. was one of the cool kids in school.  The girls all thought him good looking.  One day he told me that a girl from the high school liked me.  Her name was Abbey and she was friends with a girl he was seeing.  She wanted to meet me, he said.

"Let's go to the basketball game on Saturday and we can all hang out."  I remember that the song "Spooky" was playing when I said yes.

We sat with them during the game and then went to the Burger Boy across the street.  She was cute.  She was a cheerleader and another one of those "it" girls.  Her boyfriend was the star basketball player for her school, a fellow I would learn to dislike much over the following years.  But the night was simple.  We talked, ate burgers, kissed, and went our separate ways.

For a few weeks, she would call me and we talk for awhile, but eventually the flame burned itself out.

Emily still wrote, but she was changing, too. 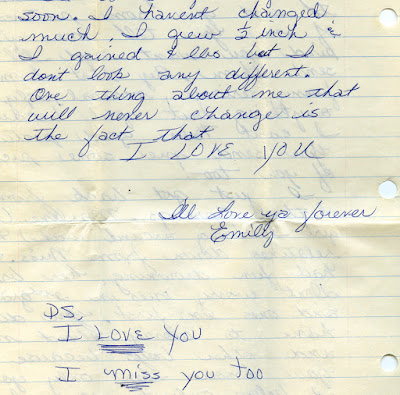 More and more, her letters were about her new life, her new friends.  I probably wrote less than I should have, and and her letters came less frequently.

But I was reading.  Life and Look magazines were full of stories about the hippie culture.  Playboy magazine, which the woman at the news stand would now sell me if the store was empty, was filled with liberal, counter-culture essays and fiction.  In the late afternoons, just before my parents came home from work, I watched The Merv Griffin Show which weirdly, between the traditional Hollywood talk show guests, slipped in things both strange and subversive.  I was stunned watching Rip Torn play the piano and singing, "I'd hang on the cross, too, if I knew what Jesus knew."  Mort Saul, an "offspring" of Lenny Bruce, was a frequent guest who critiqued the Warren Report's version of JFK's death and the conservative political establishment.

When my parents came home, we ate dinner watching the news, a compilation of the brutalities of the Vietnam War and the anti-war protests that were going on around the country.

On Monday nights, there was the visually hip Laugh In show with a silliness that matched the kitsch Batman.

Sunday nights, though, were most controversial and sacred.  The Smothers Brothers Comedy Hour had turned t.v. on its head.  Virulently anti-war, the show was boldly counter-culture and irreverent and undoubtedly the most dangerous show on t.v.

The world outside my door, though, had changed little.  The boys smoked Marlborough's and played pinball at the shopping center.  Nights were spent in the pool hall.  And even though the boys had grown their hair, their ideas about life had changed very little.

Mike S. had begun dating the head cheerleader at our own school.  She was cute and petite and did all the things a girl like her was expected to do.  One day when I was at Mike's house, though, he showed me some pictures she had taken for him in a Photo Booth.  She was naked.  He had several strips of those black and white photos, and he gave me one.  I guess he was just showing off.  At home, I hid those photos deep inside a drawer.  No matter how many times I looked them, though, I still couldn't believe it.

Some of the boys had taken to going to the house of a radio sportscaster who lived next to the Boys Club.  He was a little guy with thick eyeglasses, a creepy sort, but he had a pool and would give liquor to the boys when they came over.  One night Doug, in what the others described as a feigned drunkenness, let the sportscaster pull off his trunks and give him head.  Doug was a thug, though, so nobody ever said anything negative about it.

Bobby Kennedy and Martin Luther King were both assassinated.  The Vietnam War was becoming increasingly divisive.  On television and in print, we saw protesters get gassed and beaten by thug police at the Democratic National Convention.

At home, my parents' arguments were longer and more frequent.

All I longed for was an escape.  The innocent world of childhood had been violently exploded.