My computer is a bit like the drawers in my house.  There are places I never look and then, one day--voila!--I open it and find ancient surprises as if opening a crypt.  I still find things I didn't know I had from the days when I was married.  Just the other day, looking for a bar of soap, I found a whole slew of bottles of beauty products that Ili left.  I don't know what most of them do, but I will probably try them just to see.  Once I found a deep blue bottle with a dropper and a thick liquid for skin care.  Every few days, I'd use it. When it ran out, I decided to Google it.  Scary that I hadn't before, but I was too busy looking up dead girlfriends and the like, I guess.  Hyaluronic Acid.  I hadn't actually been using it right.

I ordered another bottle.

What I found on my computer was a folder in my email account.  I don't think I set it up.  It is just something that is there, maybe.  When I opened it, there were emails from the past.  Hundreds of them.  Maybe thousands.  I started clicking thru.  Holy smokes. . . a written history of the recent past.  They begin in 2011, not that long ago, but they are the emails of my "bachelor" years, years when I had the studio.  Reading through them, I'm reminded of things I never remember.  I was corresponding with people around the globe.  It was the blog.  A lot of people read blogs back then.  A lot of people read mine.  Heaps of flattering praises.  So many people I admired.

I don't know how I did it, truly.  I wrote early in the mornings.  I ran a section of the factory by day.  I went to the gym after work.  I worked in the studio at night.  Late, I guess, I was processing photos.  I travelled. I was never lonely.  I had friends, work, travel, artistic, and other.  All the good bars and restaurants were walking distance from my studio.  I worked with models who made their living in front of the camera.  They shot for free. I had no clients, so there was no money, not for either of us.  I had expenses.  They volunteered time.  They wanted the photographs.  They couldn't get them without me.  I couldn't make photos without them.  It was symbiotic.

There are emails from women who had moved out of town who wanted to shoot when they came back to visit.  Women brought their daughters.  Daughters brought their mothers.  Husbands brought their wives and wives brought their husbands.  I never turned anything down.  When I didn't have a shoot, I worked with alternative processes searching for something that hadn't been discovered yet.  In the late afternoons, I would sit out on the loading dock and talk to the other artists who had studios in this small compound.

When I met Ili, I closed up shop.  And from that moment until recently, I didn't hear a peep from Sky.  That all happened in 2015.  In another five years, everything went to shit.  Ili gone, job over, no photography, and Covid.  Terrible years.

Trying to recover now, like everyone else, I find an alien landscape.  It is like those old movies where they put astronauts to sleep for the time it takes them to travel through space to a distant galaxy, and when they wake up, everything is strange.  And like them, all of us are trying to learn how to live on this new and hostile planet.  The inhabitants look like us, but they are not.  They are an angry and hostile people.  They are not friendly, do not laugh, and pose a grave danger like rabid animals.  We are running out of food and water.  Something must happen.

It is like an episode of "The Twilight Zone."

Back in the other world, people let me take their photographs.  The fellow at the top of the page was a stranger.  I got his email address and said I would send him the photo.  When he got it, he said it was his birthday and that the photograph was a great present.  Imagine.  On this alien planet, photography (other than selfies) is forbidden. 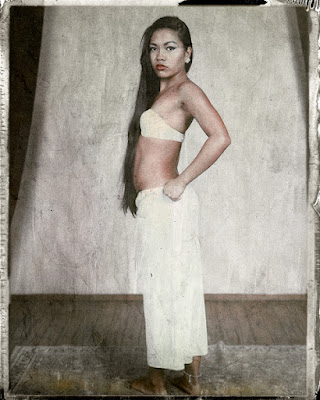 "Aquolina Pink sugar is the name of the perfume that I really like. It has a cotton candy smell.

I get such a kick out of the emails.  I copied this one to a buddy who owns a couple of my prints.  They used to hang in his office before he retired.  But last night, he replied that he was afraid he'd be arrested if someone saw that on his phone.

What a world.  This is a hostile planet, indeed.

I jumped ahead in my Bildungsroman yesterday, and I need to backtrack a bit and fill in some stories from earlier in that year.  I need to write them out in case I ever want to go back and work these up into "something."  Memory is random, but narrative need not be.  And so. . . .

Yesterday, however, I did nothing.

Maybe today.  The weather is gorgeous.  Maybe I could be, too.