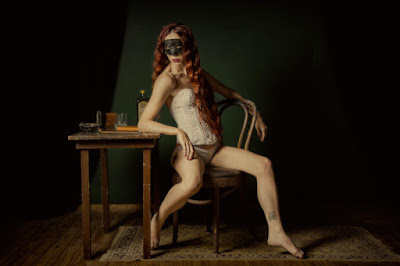 I haven't taken a photograph in forever.  I'll dip back into the very, very extensive files for one today.  Crazy and dramatic.

The VMA Music Awards were on t.v. last night, I think.  Ili kept showing me pics from it on Instagram.  Miley Cyrus.  I looked through the images from the show on CNN this morning.  Wow.  A triumph of the jejune.  It's not them, poor kids--it's. . . their maker.  The world has always been thus.  The closer one gets to god, though. . . .

Still, I'd like to photograph them.  I'd like to make the silly pictures I used to make with the lot of them.  We'd all be better off.

But I didn't even like that kind of self-conscious showing off when I was young.  Nobody will believe that, of course, just as they won't believe I went to bed early and didn't do drugs.

I went to bed early this weekend and took naps, and slept about twelve hours a day.  Exhaustion.  But I have caught up, I imagine, for I got out of bed at 5:45 this morning.  It is not yet seven.  I want to go back to bed now.

I feel good after not going to the gym for two weeks and now having slept twenty-four of the last forty-eight hours.  I want to stay this way and decided while lying in bed in the dark only to drink a glass or two of wine at dinner and nothing after.  Less gym, more something else.  Not yoga, exactly, but something like it.  I'll roll around on the floor and stretch and stand on my hands with my feet against the wall.  I'll do backbends.  I don't know.  I'll try to touch my toes without bending my knees.  When the weather cools off in a couple of months, I will ride my bike.

What lofty goals!  It's exactly what those kids at the VMAs should be aspiring to.  O.K.  But they will, one day.  Miley Cyrus at sixty.  She'll be singing Cole Porter tunes with Kanye West and his wife Nicki Manaj on a PBS special hosted by Taylor Swift and Bruno Mars.

Maybe someday, though, I'll get to make pictures again.
Posted by cafe selavy at 7:05 AM