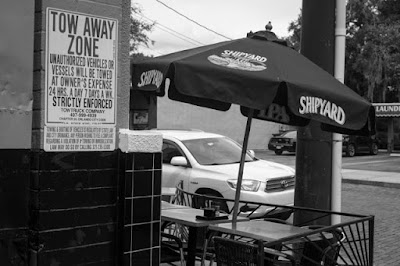 It's not just me.  All the sites I regularly go to have been quiet.  Q says he doesn't want to write about himself anymore but that won't last.  He is not writing because he has gone to Burning Man.  He will come back with pictures and tales.  I will come back, too, I think.  It will be a long journey, though.  I dream at night of the creative life I had/have abandoned.  But it is summer in the worst way here and all that could be written is gothic horror stories of swamps and gators and human monsters in the night.  You'd be better off just watching some old Robert Mitchum movies instead of that.  Or read your Faulkner and listen to some classic Hank Williams.  I did that the other night, at least the Williams part.  I listened to the music and and watched a BBC documentary about him on YouTube until it was later than I wished making me feel the way Hank must have felt all the time for the rest of the week.  It is hard not to get the blues and quarrel in this weather.  It is the killing time.

To wit, C.C. sent me an article on Sugar Daddies from GQ magazine.  You might like it, too (link).  Funny stuff, I thought, and so I read it aloud to Ili.  That she didn't care for it much became obvious as I couldn't get more than a line or two out before she began to editorialize.  The whole thing turned into a ridiculous quarrel about what. . . I don't know.  I think all arguments in my life come down to two things: I am an asshole and I am not enough of a sugar daddy.  That is all I can figure out.

I sent the article to another friend and he wrote back something cryptic that I cannot make sense of.  Maybe he didn't think it as funny as I did, I don't know.  But what I get from the experience is a reaffirmation that I should not offer people things unsolicited.  If people want to hear something from you, they will ask for it.  The rest of the time you are better off giving silent affirmations.

Otherwise, just start an anonymous blog to which people need not come.  As C.C. said so long ago, an audience will find you.
Posted by cafe selavy at 7:48 AM