A Night of Nostalgia 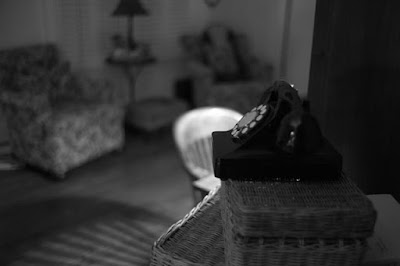 I met with the old band members last night--three out of four of us--and as one might suspect, it was fun.  As one might suspect, too, it was mostly talk about band days, and as is inevitable, we each had to fill in the memories of the others that have gone missing.  Jesus, we played a lot of clubs and venues.  Sitting with them last night, it was hard to fathom.  We remembered the failures as much as the successes and laughed about playing mid-week in cavernous clubs with crowds barely over single digits.  But we also remembered the times we played in front of large crowds (for us) of thousands.  It seemed ridiculous to think.

It didn't make me long to do it all again.

I know more about music now then I did then, though maybe I'm no better at playing it.  But what I've learned to appreciate is the language and the conversation between instruments, the way they make room for one another, the subtle ways they whisper and shout, the way a good musician can not just play the part but can phrase it.  It is the phrasing that takes forever to learn.  It is that which makes one musician different from the other (or "the rest").

In our youth, we like the showmanship of it all.  We identify with the ideological message, usually rebellion or despairing angst, and the way it is visually presented in posture and fashion.  I looked at an article on fashion week in the New York Times today and thought how fatuous it all seemed, not the fashion per se, but the people and events that surround it.

But there is silliness in everything everywhere if you look for it, even academics.

I have been locked in terrible battles at the factory for the past few weeks, and it has taken a heavy toll.  I try not to show it, but yesterday no matter which room I entered, I was told how frazzled and beaten I seemed.  Still, my new secretary who knows of the constant barrage I am dealing with wonders at my ability to cope.

"I need to learn how to deal with people better," she said.

Jokingly, I tole her to read Dale Carnegie's "How to Win Friends and Influence People."  We Googled it and found a PDF online.  She won't have to buy it.  I have never read it and began scanning the pages of the book.  What rubbish it is.  I read from it aloud and laughed, then I told her that it was the Buddhist texts that taught me non-attachment (as much of it as I have learned, anyway) and what I have mostly disengaged from is my emotions.

"Let them go," I said.  "It is better that way.  Life is much more peaceful and satisfying."  I think my fingers and thumbs were involuntarily forming a mudra as I said this with an internal "ommmmmm."

But it seems that rather than letting it all go, I am merely internalizing and suppressing it, for I don't feel well.  I think it is making me ill.  If I don't get away from it soon, something bad is certain to happen.  I thought to take today off, but everything makes me too anxious right now.  My neighbor has been working on his house for about six months, and today the sawing and the pounding are sending me over the edge.  I may as well go to work.

We were a lousy band, I think, but we had an ideology and we made a good show.  We were like U2 who have limited talent for such a famous band.  They could do the one thing they do and people liked it.

And that is how they escaped the factory. . . to which I must now go.  Maybe we should have tried harder.
Posted by cafe selavy at 9:28 AM