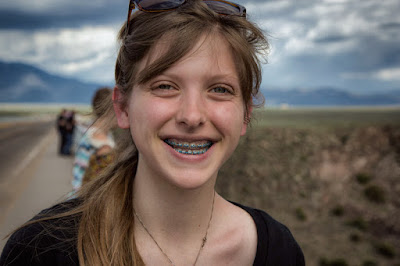 Today is the end of the last weekend of summer.  I will be cooking the last summer meal on the grill--hamburgers and hotdogs and watermelon, I think.  There is a great little shop that makes the best pimento cheese I've ever had that is thick like cheese and not soupy like cottage cheese.  I got some last night to try on top of the hamburgers.  It seemed like a good idea then, but I won't count on it.  Pimento Cheese Burgers.  Mmm.

Last night Ili and I went to a big hipster beer joint and had a couple of eleven percent stouts.  I wanted to sit with the next displaced generation for awhile and see how they were taking it.  They seemed unaware, of course, but I liked watching the ugly fuckers with their Smith Brothers Cough Drops beards.  I'm kidding.  I don't mind them any more than I mind the rest of humanity.  They are all just plumb ugly when things get crowded.  I was about to hit one of them who kept getting too close to me, but Ili said she wouldn't advise my hitting a woman even if she weighed more than I did and had thirty five years on me.  A bit later she grabbed my arms and wouldn't let me throttle a boy who put his beer on the floor by my foot.  She began talking to him instead, and he turned out to be rather sweet and not mean at all.  As I always say--it's me, not them.  I can only take people in small doses.

We had gone to a Target earlier in the day.  I needed to get some plastic trays with tops on them so I could try an experiment with developing large format negatives in some weird formulas in the studio.  They have to be able to fit inside a changing bag since I don't have a darkroom.  I knew where to go.

The Target was intriguing.  There was the Great Collection of the Working Class.  They fascinated me, often stylish in a strange way, good examples of their type.  They seemed to be prolific breeders as many of them were burdened with children.  The men of the tribe were missing for the most part, and the women came in pairs.  Quite often, though, the lone women came on her own.  Some were quite attractive.  The whole thing reminded me of the commercial t.v. shows I sometimes see when I am at my mother's house.  I have to say I enjoyed my visit.

We checked out with a young blonde girl with blue hair dye on one half of her head.  She was a skinny girl, but she was amazingly adept at her job.  As she was checking us out, a man came up with something I wanted more than I wanted what I was buying.  No problem.  The girl with the blue hair told me exactly what to do.  She was a marvel, really.

We were directed to the Customer Service desk where another young girl helped us.  She was quite pretty, small, perhaps seventeen, and she too handled her job with grace and ease.

I heard Ili say, "You have a lovely name," which confused me.

I looked for a name tag, but all I saw was "Target."

The little girl got scrunchy inside, I think, and she said, "Thank you.  It's French."

They both laughed, and I thought, "There is a little crush."  It was curious to me, but I am sure there was a some excitement there.  Do women do this on purpose, I wondered, or is it something else?  I thought that if I were a woman, I would do that all the time.

"You have such a lovely skin color.  Do you ever wear cashmere?  Oh, I have a sweater that would look stunning on you.  You should see.  Here's my number.  I don't wear it any more really.  If you want to come over to see it, just text me.  We can play with makeup.  It would be fun."  I imagined the rush of excitement when the text came through.

Later I said all this to Ili who looked at me like I was a retarded deviant.

I know--it's me, not you.  I am too open to such thoughts, perhaps, such wonderings.  If I had any real talent, I'd have been a great researcher into the human experience.  As it is. . . .

The world becomes weirder and more conservative every day.  I think it is because people are terrified.  Generation Z doesn't want to leave the house, doesn't want to get away from the computer screen.  Life "out there" is awful, really.  There is heat and humidity and bugs and rashes.  If you can exist in a small enough space, you can live with your parents and grandparents forever.  The world is all there on the screen.  There is a complete social life--and friends.  In the era of invaded privacy, it is best to stay anonymous. . . but not alone.

A long time ago, my friend went to Africa by himself.  He just booked a flight and a safari and went at Christmas.  When he came back, I asked him how it was.  "It looked just like it did on t.v.," he said.    Today, I think you can make a better virtual Africa than anything you might go out and see.  Generation Z will become like young Japanese whose romantic and sexual lives are all virtual.  Young Japanese men don't have time for the drama of real life encounters, they say.  I forget what the term is for this phenomenon, but you can look it up.

The last day of the last weekend of summer is pretty hot here, and the humidity is through the roof.  Perhaps we'll watch a movie about the last days of summer, some old romantic movie from the fifties or early sixties.  But truly, I am not virtual, yet.  I am about to go outside right now for a good long walk.  Later there will be brunch in a sidewalk cafe with my friend who bought the new motorbike.  We are still experiential, my group, still in love with extant things.

Tonight is the Emmy Awards Show.  I will probably watch the red carpet stuff while chatting with Ili and my mother, but I will not watch the show itself.  All I am curious about is whether John Hamm will finally get his award for being Donald Draper.  I hope so.

Here on the last weekend of summer.
Posted by cafe selavy at 9:49 AM