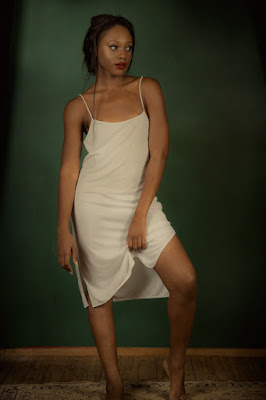 I was right.  There is not time to write this morning.  It will be like this until the end of the year.  I keep wondering what to do with all the stuff I have to move out of my studio.  At least I have a factory job.  The others in studios there do are artists full-time.  They are desperate and despondent.  I am merely uncontrollably sad.  No. . . it is not uncontrolled.  It is something else.  How old was Alvin Toffler when her wrote "Future Shock"?  He must have been old.  In ecological studies of environmental systems, it is well known that older, well-established habitats are more susceptible to destruction by change.  Newer ecosystems can adapt.  It is surely like that with older beings as well.  Toffler defined future shock as the premature arrival of the future.  Sounds quaint now.

Why did I make so many prints?  And all the big framed encaustic pieces--what do I do with them?  I have unused frames I've picked up here and there over the years.  And the big printer will eat up a room.  To accommodate it, I will have to lose a piece of furniture.  Strobe lights and hot lights and so many cameras, one 8x10, two, no, three 4x5s, two big old Polaroid cameras and two film Nikons and a Voigtlander rangefinder and all the lenses and bags. . . . Work tables and hotplates and waxes and paints. . . shit.

This is the end of the images that look like this.  Another thing gone.

If you want to survive, though, you have to get used to losing things.  You have to learn how to give things up.  Here might be someone from whom to learn:


I had a farm in Africa at the foot of the Ngong Hills. The Equator runs across these highlands, a hundred miles to the north, and the farm lay at an altitude of over six thousand feet. In the day-time you felt that you had got high up; near to the sun, but the early mornings and evenings were limpid and restful, and the nights were cold.
The geographical position and the height Of the land combined to create a landscape that had not its like in all the world. There was no fat on it and no luxuriance anywhere; it was Africa distilled up through six thousand feet. like the strong and refined essence of a continent. The colours were dry and burnt. like the colours in pottery. The trees had a light delicate foliage, the structure of which was different from that of the trees in Europe; it did not grow in bows or cupolas, but in horizontal layers, and the formation gave to the tall solitary trees a likeness to the palms, or a heroic and romantic air like full-rigged ships with their sails furled, and to the edge of a wood a strange appearance as if the whole wood were faintly vibrating. Upon the grass of the great plains the crooked bare old thorn trees were scattered, and the grass was spiced like thyme and bog-myrtles; in some places the scent was so strong that it smarted in the nostrils. All the flowers that you found or plains, or upon the creepers and liana in the native forest, were diminutive like flowers of the downs - only just in the beginning of the long rains a number of big, massive heavy-scented lilies sprang out on the plains. The views were immensely wide. Everything that you saw made for greatness and freedom, and unequaled nobility.
The chief feature of the landscape, and of your life in it, was the air. Looking back on a sojourn in the African highlands, you are struck by your feeling of having lived for a time up in the air. The sky was rarely more than pale blue or violet, with a profusion of mighty, weightless, ever-changing clouds towering up and sailing on it, but it has a blue vigour in it, and at a short distance it painted the ranges of hills and the woods a fresh deep blue. In the middle of the day the air was alive over the land, like a flame burning; it scintillated, waved and shone like running water, mirrored and doubled all objects, and created great Fata Morgana. Up in this high air you breathed easily, drawing in a vital assurance and lightness of heart. In the highlands you woke up in the morning and thought: Here I am, where I ought to be.