A Light for the Night 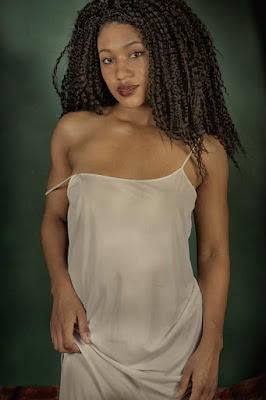 A lazy Sunday, soft and gentle.  I didn't get out of bed until nine.  And finally it was time to have brunch out of doors at my favorite Italian restaurant.  A walk on the Boulevard, then some chores in the studio before a light aerobic workout at the gym.  A beautiful salad, a chicken pressure cooked with onions and wine, jasmine rice and Brussels sprouts and a cold white wine with mother.  A visitor just before eating, some talk.  Some reading and early bed.

I'm getting there.  The body/mind thing.  Then the spirit.  I have hope.  A peaceful life full of art and literature and music.  Early bed and early rise.  An avoidance of bad ju-ju.  Before you know it. . . .

I don't want to speak of anything serious today.  Talking to people about the Paris attacks does little good.  I am radical in my views and people either agree with me or they don't, but either way, nothing changes.  The world is too crowded.  The planet is sick.  The disparity between the rich and the poor is far too great.  Every privacy is breached.

I don't want to talk about it, but talking about anything else seems ridiculous.  One day, Facebook is full of pictures of babies and posts about the powers of mystical yoga.  The next day, everyone's profile picture is draped in a French flag.  At home, people spend days and nights watching football.

The magical age of television has ended.  It was wonderful and lasted for several years.  It was rich and bountiful.  But it is over and gone.  It is time to look around again, just to walk and look and process.  There is the long dusk to consider and a light at night by which to read.  And sleep, long and luxurious.  I find that once I wake in the darkness, the room feels cold and empty, but I have a trick now, a little soft light that I have placed behind a chair so that the light is dim and delicate and seems to come from nowhere.  It is easy to fall back to sleep in that ether of light, easier than I would have believed, so sweet and lovely.

"What did he fear? It was not fear or dread. It was a nothing that he knew too well. It was all a nothing and a man was nothing too. It was only that and light was all it needed and a certain cleanness and order. Some lived in it and never felt it but he knew it all was all nada y pues nada y nada y pues nada." (Hemingway, "A Clean, Well-Lighted Place)
Posted by cafe selavy at 7:46 AM