An Arrogance of Knowing 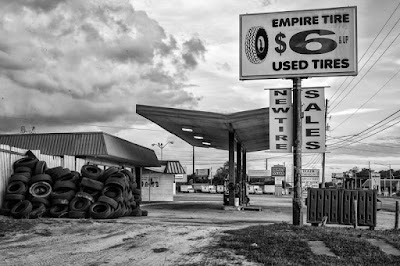 For every action, there is an equal and opposite reaction.  Newton's Third Law.  Is it true, or is it only our description of the way the world is constructed?

Our understanding of the world is a continuing struggle.  And when we get older, we must wonder--is it worthwhile?  For all that we once thought we knew or held to be true will have come under scrutiny.  It is tiring, especially when our hormone levels have dropped to the the point of mere survival.  Who has the energy for it?

And so the aged wish to retreat into the past, to sit with people who share the same cosmic view.

It is impossible.  The only retreat is into madness.

I guess there was a point where I believed in some sort of Newtonian psychology where every action had a. . . .

I still do, but I don't know shit about anything any more it seems.  There is no neutral.  Even a people-less photograph denigrates someone.  The image above is an ideological statement.  It can't be avoided.  All knowledge is suspect.  Every viewpoint is just that.

That is the enlightenment of the contemporary western world.  Post-structural.

I think, though, that those who think differently will eat me alive.
Posted by cafe selavy at 7:30 AM