What You're Looking For 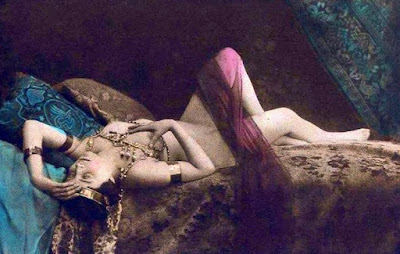 It was going to be a quiet weekend, a monastic one full of self-care and healing.  Saturday began early with coffee and the news, so I got to the gym early.  It was empty, so there was no fighting.  It was still early when I finished working out and stretching, so I decided to get a little sun by the pool.  It was still early, so the sun was gentle and warm.  The old gals were in the pool doing their water aerobics.  The boom box was playing some jazzercise version of The Eagles to keep them moving.

For some reason, though, it didn't bother me at all.  The lyrics seemed better this way.  So I toasted on one side, toasted on the other.  It was noon when I drove home.  Showered.  Dressed.  Went to the Boulevard for a Wahoo Rachel and a salad.  And some white sangria, just to be careful.  At the bar, some old gals my age started getting chatty.  They decided to get some white sangria, too.  If I would only listen to my mother's advice. . . .

After lunch, I strolled the Boulevard which was unusually crowded with stylish young women.  Girls.  Seems that very blowzy, short dresses that seem more like short nightgowns are being worn with an incredible variety of footwear.  I like the look.  It is beautiful.  I liked them with high-tops.  I liked them with boots.  It was too much for me, though.  I am not in shape for it.  I headed for my car to return home.  Ah, yes, alone again.  I worked on some photos and decided to drive to the gym and run the printer.  I grabbed some drinks and a hard drive.  The afternoon was cooler than it has been for months, so I opened the studio doors and a Dale's Pale Ale.  Life was right. . . almost.  I don't have much longer in the studio and that breaks my heart.  I walked about strategizing on where I would put the things I would keep, what things I would give or throw away.  So many days and nights here.

Now the afternoon was drifting away like a sad dream.  There is no loneliness in being alone, I think, if one knows what one wants and knows what he wants and does not want to do.  Soft music, soft and lovely air.  A soft but sad melancholy, too.  I can get better, I whispered. . . no doubt.

Doodledodedodedoo.  The ringtone on the iPhone.  It was a buddy wanting to know what I was doing.  He was out on his motorcycle and would drop by, he said.  I was drinking the last of the drinks and so when he came, we decided to get some sushi in a bit.  He went home to put away the bike.  I finished up in the studio.

It was just going dusk when I met him there.  He was curious to see the waitress there that all my buddies talk about.  She is an unreal doll, made up to perfection, red lips, red nails, blonde hair twisted perfectly.  "You should get her to the studio," they all say.  I've looked at her, though, and am not sure she would look as good as they think in photographs.  Even if she came.  Oh, I could tell her, "My friends are all adamant that I ask you this.  They are stricken by you.  I have an art studio around the corner.  I make pictures.  They all want me to make a picture of you."  I could, but I don't like to shit where I eat, so to speak.  And I doubt that she would be interested.  I've watched her there, and she is not confident.  She has a demeanor that is hiding a terrible insecurity, I think.  The photographs would never please her no matter how they came out.  I think I know that.  But she is nice, and we talk about the books she is reading.  I try to imagine her life outside the restaurant, but I can't, really.  I see an old movie, her living in a manner and a style that is impossible now.  It is better, I think, to leave the mystery.

We sat at the bar and a fellow who looked like he had good taste sat at the stool next to me.  He overheard my buddy call me an old man, and he turned and laughed, "Those are fighting words."  He might have been my age, his hair white but his face smooth like a babies.  He had an accent.  He was Irish, grew up in England, lived in L.A.  My buddy asked him where, and he said something.

"It's a nudist resort," I said.  He chuckled and repeated it to make certain.  Suddenly we were all pals. He even had a taste for the waitress, it seemed.  I was sitting between two rich guys who talked about things I don't imagine.  I got some more sake.

That's when I got the text.

It came up as a number, not a name.  Now who could it be?  I did a number search that showed where the phone was registered.  Another town on the coast.  Could be a lot of people.  I did an internet search and found who it was.  I am often clever that way.  It was the first model I ever shot with in the studio so many years ago.  I wrote about her here on the blog a long time ago, called her Gorgeous Girl.  She reminded me.  She liked the monicker.  She was in town and wanted to get a drink.  No, no, no, I said to my buddy.  I just wanted to go home.  I'd had more than enough for a day.

But I am.  Why won't people let me be an old man?  My pleasures are simple ones.  I am boring.  I just want things to be easy, and I certainly didn't want to get caught up in a night out.

After a series of texts, I concluded, "Don't count on me.  But if you are coming anyway, let me know when you get here."

I named a place in my own hometown that makes the best cocktails.

My buddy and I had just sat down at the bar when I got a call.  "I'm here," she said, and sure enough, when I turned around, she was standing on the sidewalk.  My buddy waved.  He said he would have one drink just to meet her, then he was going to meet another fellow for a beer.  She walked in like a Hollywood doll, leopard print cocktail dress, her dark hair pulled back, red lips. . . Jesus.  She was still a knockout.

After introductions, she sat down and read the cocktail menu.  She began asking the barman about the ingredients she wasn't sure of.  He was happy to answer her.  I could tell my stake was going up.  Just last week, a woman I know was having drinks there and texted me that she was talking to the bartenders about me.  She mentioned my last name.

"How do they know my last name?" I asked incredulously.

"Your credit card, silly.  They gave me free drinks since I said I was your friend."

I guessed that with G.G. there, I would be enhancing my reputation.

She ordered the Jackie-O and I my usual ginger and rye.  My buddy was drinking one of there expensive scotches.  And so the back and forth, the up and down, talk about her life, questions about mine.  She pulled out her phone and showed the bartender a picture.

"He took that!" she said jerking her head towards me.  "Isn't it great?  You've got a fantastic artist drinking here."

I blushed, I think.  She told my buddy, "He's a good writer, too.  I really like his stories."  If she was blowing smoke, it was working, but one is always susceptible to flattery.  On the second round, I knew my buddy wasn't going anywhere.  He'd forgotten about the buddy and the beer he'd mentioned earlier.  But I knew, too, that I wanted to go home soon.  G.G. was texting and still wanted to head downtown.

And so I settled the bill and we all walked out into the night air.  She was looking for something, but I was pretty sure it wasn't downtown.  You don't find anything that is good for you downtown.  I have learned that a long time ago.  I wasn't looking for anything, and I knew it was at home waiting for me.  I've learned that a long time ago, too.

We watched her get into her car flashing that very long leg.

"Jesus, I can't believe you are just going home.  She's looking for something tonight."

And it was.  But here's the kicker.