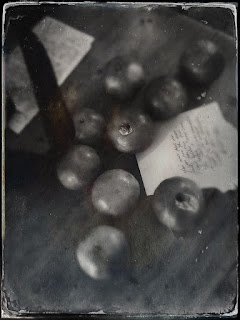 Most of us have lived the majority of our lives during the War.  It has been expensive and has practically bankrupted the country.  But it seems "we" have targeted the wrong enemy.  Truly it has been like most wars, driven by private interests and greed.

I'm talking about the War on Drugs.  Hundreds of thousands of people have been arrested, incarcerated. . . maybe.  I don't have the figures.  But the War has done nothing to staunch drug use.

Especially the overuse of antibiotics.  And here is where it gets really interesting.  Those motherfucking doctors who are so stingy with the pain relievers and feel-good drugs when I need them are thrilled to give me antibiotics.  Yes, these geniuses have given them to us since we were children.  The consequences are now becoming clear--food allergies, autism, attention deficit syndrome. . . .

And now, this (link).  Doctors and veterinarians bought off and in cahoots with drug companies.  They've all profited handsomely.

But fuck it.  The planet is sick anyway.  People just love a disaster, and now we have one we can all share.  So far this year, my a.c. has not been off.  It is still hot and muggy here in my own hometown.  Even the New York Times has recognized the problem (link).   For those people with their heads up their asses about other world problems. . . now they, too, can suffer.  This is a fashion crisis.

Now that a few days have passed since the bombings in Paris, now that the emotions have begun to subside, we see that not everyone agrees about terrorists.  Some people want to make certain that we realize that terrorists are people, too, and have rights just like Caitlyn Jenner.  If you think your kids aren't going to join ISIS, you are probably wrong.  It is the only anti-establishment movement that they know of if they are not into transitioning into another gender.  It is the New Bohemia.  It is radical alternative.  Sorry, but they don't want to become hipsters, and hipsters are not sure what they want to become.  They are looking pretty fey right now with their concerns about soccer, cricket, fashion, bicycles, and craft beer.  That was quite the revolution.

Q tells me, however, that feminist have a plan to eradicate ISIS.  He is a big believer in the female race.  I can agree, I guess.  He's convinced me that this is really their fight.  And I believe that hipsters and feminists are basically the same thing.  I'm pretty certain that ISIS can't withstand that sort of ideological assault.  There will be many strongly worded and accusatory letters to the editor citing the gods of post-structural criticism.

The house is quiet and empty now.  I am once again completely on my own.  Perhaps the first part of this post is a reaction to that, a reaction to what races around "out there."  The quiet, sweet world is shrinking faster than the polar ice caps.  There is little promoting kindness and contemplation.  Or so it seems to me right now.  I will try to create my world again through reduction and selection.  It is a matter of focus.  When everything around you is loud and moving fast, it is important to quiet your mind.  Let me see if I can do that, if I can dampen the din.  It would be the most pleasant of things.
Posted by cafe selavy at 8:05 AM