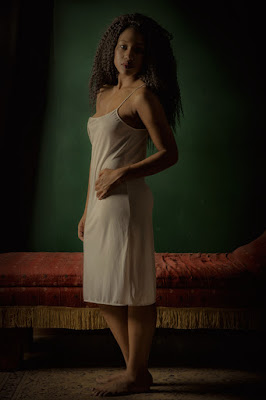 I've committed to the Hillbilly Holidays.  I will visit my mother's relatives for Thanksgiving.  My only true concern is the cat.  Otherwise, why the hell not?  Hell, I may even take pictures.  That would be a novelty.  I will be in a place where no one knows me, free to wander about in the most mischievous way.  That is what I say I want all the time.

Poor pus-pus, though.  She is not happy when I am gone.  How could I possibly know that?  It is mystical knowledge, pure and simple.  I am giving myself over to it.  It is so much better than argument.  It is the purest form of knowledge.

I read a snarky article (link) about a letter a "possible" mother wrote about her daughter's reaction to Cam Newton's touchdown celebration in the end zone last Sunday.  I say "possible" because I do not trust that this letter is totally legit.  I do not, however, like the tone of the author in his defense of player celebrations.  I am not usually for policing of behavior, but I wonder if they would have a problem with me celebrating the way I want which is usually taking off my pants and doing the Hokey-Pokey. It is a true site to see, better than David Venable's Happy Dance by far.

Here is the letter.  I dislike the "mother's" tone as well, by the way.  It sounds to my ear a bit like Nurse Ratched in "Cuckoo's Nest."  Perhaps that is what the sports commentator was responding to as well.

Dear Mr. Newton,
Congratulations on your win in Nashville today. Our team played well, but yours played better. Kudos to the Panthers organization.
That game happened to be my nine year old daughter’s first live NFL experience. She was surprised to see so many Panthers’ fans sitting in our section of the stadium; that doesn’t happen much at fourth grade football games. And she was excited we were near the end zone, so we would be close to the “action,” particularly in the second half.
Because of where we sat, we had a close up view of your conduct in the fourth quarter. The chest puffs. The pelvic thrusts. The arrogant struts and the ‘in your face’ taunting of both the Titans’ players and fans. We saw it all.
I refuse to believe you don’t realize you are a role model. You are paid millions of dollars every week to play hard and be a leader. In the off season you’re expected to make appearances, support charities, and inspire young kids to pursue your sport and all sports. With everything the NFL has gone through in recent years, I’m confident they have advised that you are, by virtue of your position and career choice, a role model.
And because you are a role model, your behavior brought out like behavior in the stands. Some of the Panthers fans in our section began taunting the hometown fans. Many Titans fans booed you, a few offering instructive, but not necessarily family friendly, suggestions as to how you might change your behavior.
My daughter sensed the change immediately – and started asking questions. Won’t he get in trouble for doing that? Is he trying to make people mad? Do you think he knows he looks like a spoiled brat?
I didn’t have great answers for her, and honestly, in an effort to minimize your negative impact and what was otherwise a really fun day, I redirected her attention to the cheerleaders and mascot.
I could tell she was still thinking about it as we boarded a shuttle back to our car. “I guess he doesn’t have kids or a Mom at home watching the game,” she added.
I don’t know about your family life Mr. Newton, but I think I’m safe in saying thousands of kids watch you every week. You have amazing talent and an incredible platform to be a role model for them. Unfortunately, what you modeled for them today was egotism, arrogance and poor sportsmanship.
Is that what your coaches and mentors modeled for you, Mr. Newton?
Posted by cafe selavy at 8:52 AM