End of the Holiday 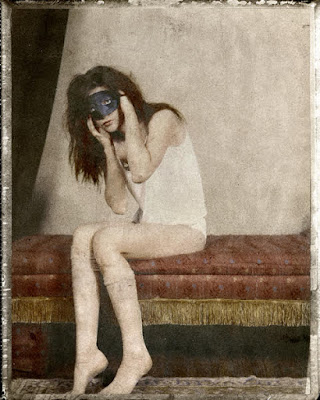 It has been way over a year, I know for certain, since I went to the theater to see a movie.  I know this because I went yesterday.  It was the first time I have been to a theater and could not have popcorn.  I suffered from diverticulitis over a year ago and have not eaten popcorn since.  Selah.  I miss popcorn.  I tried to remember the last film I saw in a theater, but I couldn't.  It may be two years or more.  I quit going to movie theaters because I couldn't stand the lines, the crowd.  But it was a lazy Saturday afternoon and I wanted to see "The Big Short," and, I thought, who goes to the movie theater at four o'clock.

Almost everyone, it seemed.

Still, we got good seats in a packed house.  The movie wasn't bad.  It is definitely not a classic, nothing anyone would ever watch a second time, but it was good to see.  I think, though, unless you are getting into conversations about the banking crisis and the complicity of the government, you can wait until it comes to t.v.

I have no desire to write a review here.

The sun will not come up today.  It is dreary, wet and cool which makes it cold here.  The house is still dark long after sunrise.  This must be what it is like to live where many of you do.  I can see why people become drug addicts in New Jersey and the Midwest.  It is simply awful.

Today is the last day of my holiday vacation.  I have spent most of it moving things out of the studio. Now I am trying to pare down what I have.  At night, I am thinking about projects again.  What pictures would it thrill me to make?  What stories to tell?  I am percolating.  It will be difficult and take time.  But there will be something.

One last note.  I am pissed at the New 55 Project.  I gave them Kickstarter money to develop their instant positive/negative film.  It wasn't much, but it was enough to earn the promise of one pack of film.  They have been producing film for about a year now, and I still haven't gotten my pack.  But they are selling film online.  Everywhere I look, there are photos taken with the new product.  There are articles about how fine it is.  But they are missing the boat.  I think I can show them something that they don't know how to do with the film that is like what I have done above--only in black and white.  Now I don't have a studio to do it in.  I believed they liked what I was doing with the old Polaroids, so I am befuddled.  I think they would have been thrilled to see what I could have done.
Posted by cafe selavy at 8:47 AM