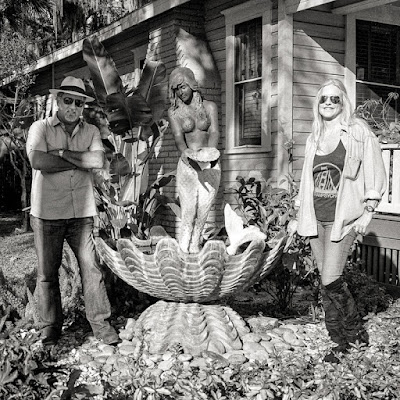 Uh-oh.  It just got worse.  Cruz or Rubio--one of them might be president.  The circus is leaving town, I'm afraid.  It is going to become business as usual.  Now we'll see where the big money goes.  This is what I've feared all along.  I didn't mind Trump.  He never had a chance at being president.  Now the best thing to hope for is a third party run that does what the Perot campaign did so long ago. I know that the republicans are saving the big Hillary scandals for after she gets the nomination.

Sorry youth.  You will not win at the polls, I'm afraid.  If you want a show, you're going to have to take the circus to the streets.  I want to be there to photograph you if you do.  The times and all that.

So here is another of the pictures from the last roll of film before the camera was stolen when I was trying to learn to work out of the studio and in the streets.  The fellow in the hat saw me getting out of my car and pulling out my cameras when I parked.  He called over and said I should take a picture of the statue.

He called over his wife who had just come out of the house.  I took two pictures with the Mamiya 6.  It is a nice snapshot of people I don't know, but that is all.  Why?  I was focussed on getting over the initial anxiety of being a camera guy taking pictures of people in the street rather than being an aware photographer trying to say something in pictures.  I wasn't paying attention to a lot of things like light and posture.  I was hurrying, not wanting to bother them, wanting to get the picture and be on my way.  The picture needs more depth somehow.

Still, in twenty years, it will be a document of the times.

So. . . I've been thinking of what I will do about cameras now.  Having lost what I've shot with over the past twenty years, what would I do differently?  Not much, really.  But if I had to pick one camera to work with now, what would it be?  I keep running that question 'round and 'round my head, 'cause I don't have the money to buy much.  So I think I've decided.  It is down to two cameras, but the one I am leaning toward is a Hasselblad CM with an 80mm Zeiss Planar 2.8 lens.  Nothing fancy, but I've always wanted to shoot with a Hassie and I have found one that is cheap-ish.  It will be totally manual meaning I have to set the shutter speed and aperture and focus.  Just three things, but it takes time.  Oh, I have to have an exposure meter to measure the light before I do any of that.  What I am saying is that it is slow and obvious photography.  Slooooooow.  Big fat, heavy camera.  But I think I would dig it.

Or I might buy it and it will sit on a shelf like so many other things.  No, if I buy it, I have to use it.  It will be the only camera I use for a long time.  That is the deal.  One camera.  One lens.

Jesus, that felt sleazy.  Maybe I should just shine shoes.
Posted by cafe selavy at 8:03 AM