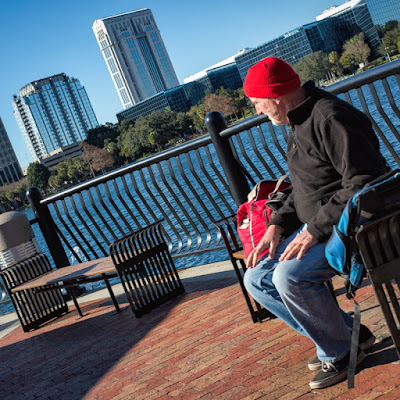 You are going to think I'm kidding you, but I'm not.  They tested the effect of weight resistance training on rat brains by tying tiny weights to their tails and making them climb up steep hills and walls.  I think it is fine, but it is startling.  Other rats had to jog on a treadmill for distance.  Still others had to run balls to the wall on a treadmill, then walk, then sprint again, etc.  Distance running, researchers determined, was better for the production of new brain cells.  Tying tiny weights to their tails didn't help their brain cell production at all.  It was equal to those rats who just sat on a bench all day and did little physical exercise.

The scary part for me--I can't run long distances anymore.  My knee won't do it.  And I've really found the joy of sitting on a bench and watching the day go by.  It is lovely.

In truth, though, I have continued to work at catching up to the little girls in the gym who get on the stair stepper machine.  They are awesome.  The first time I tried that modern torture, I started next to a high school girl and thought I'd just set my machine the same as hers.  A few minutes later, I was having a heart attack while she just kept climbing calmly on.  WTF?  Since then, I've tried to match what she did.

I am getting closer.  I can now match her time.  I am still a couple notches below her level, but I am gaining ground.  What apparently is easy for her (I don't think she breaks a sweat) is very difficult for me (I look like someone who just escaped jungle terrorists).  My point is, perhaps this is increasing the production of new brain cells for me.  That was not my first inspiration, of course.  I just want the legs and butt of a teenage girl.  I'm getting there.  You should see me in a pair of Jordache jeans.

I read Q's blog entry from yesterday, and I am going to agree with him.  There shouldn't be a Supreme Court at all.  Local judges should decide the law of the very small land.  Maybe not even judges.  Chiefs and shamans, if you will, the way it was back in the good old days.  The shaman can do hallucinogens and have mystic visions, then come back and advise the chief.  The chief will be the final arbiter.  If you travel. . . you had best be prepared when entering Marin County.  You might have only one sweater when two are required.

And so, it is off to the factory where every day is an adventure.  Who knows what secrets lie in the hearts and minds of men?  I know.  And women, too.  That's 'cause I'm a stair stepping mother.
Posted by cafe selavy at 8:58 AM