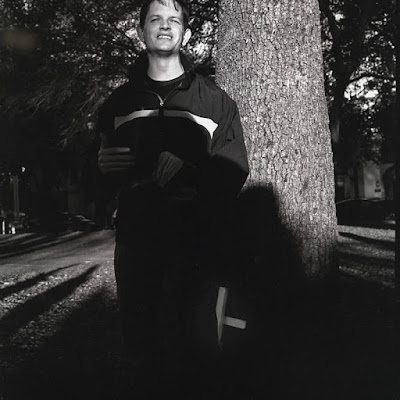 I didn't pay enough attention to the light.  This boy was preaching in the park.  He's holding a bible which is almost invisible here.  I cropped the top of his head.  I just spend too much time trying to get every mechanical thing right.  Again, though, I think it will get better.

I also need to spend some time in post-production.  I want to begin to hand color the photos.  I've done it before.  It takes a lot of time.  But I have an idea I need to try.  I think I can give them a bit of translucence as if they were autochromes.  Sort of.  I haven't tried what I have in mind yet, but soon. . . .

But it was a good idea.  Bible Boy.  It is fun to walk to the planet with a camera.  It is a nice way to engage it for me.

I've been laid up with a stomach virus that I may have passed on to Ili.  It lasts for days.  I think I am better today, though, but she is incapacitated.  We are frail humans.

Another Super Tuesday is coming, but the big show is ready to begin.  I'm talking about March Madness--the NCAA Basketball Tournament.  This year, I think, will be crazy.  I don't watch sports any more and haven't really seen any college basketball at all this year, so I have to make my picks sentimentally.  I'm pulling for underdogs all the time.  I love to see the upset.  Turn over the applecart.  Let's see what happens.

I have had a week off from the factory, but I return today.  I didn't have much of a vacation, but it was better than working.  Now I go to see the rumpled faces of the sleep deprived who have gotten there before I.