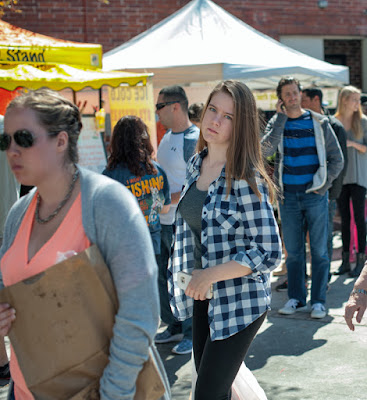 Most people in America do not like either of the top candidates for either party a recent survey reveals.  But they win.  Jesus, but do they win.

I guess it is not that important to be liked, Willy Loman.  Thank you Arthur Miller.

There is a study out that is somehow connected to the U.N. that ranks the "happiest" countries in the world.  Oh, don't worry. . . the U.S. is not in the top ten (link).  I've given you a link to something other than the New York Times because we are in dispute over one of the things that keeps the U.S. from being one of the happiest countries in the world.  Happy countries have a good life/work balance.  The highest priorities are not about money.  As a matter of what I hope is fact, all of the countries in the top 10 have higher taxes than we do here in the U.S.  They are much less pessimistic about the future.  They are not "angry."  As a result, they live longer.  Pessimism and anger are major causes of illness studies show.

So. . . what else do all these countries have in common?  Take a look at the list and come up with your own ideas.  Your answers will be due on Friday.

I want to be happy.  One thing that studies show will make you happier is meditation.  You can stimulate the happiness-producing part of the brain.  Back in the long ago and far away days, I had a friend who ran a psychology department at a local college.  She got funding for a biofeedback lab.  There, students would see how quickly they could change the temperature in their fingers.  Everyone could do it.  There were also Barka loungers where you could sit and meditate with sensors attached to your head.  In front of you was a meter.  You were to concentrate on moving the needle on a meter into a green zone.  Once the needle was there, you were in some sort of nirvana.  The school got nervous, though, and made them stop that.  They feared legal consequences.

And that's America, a place where you might get sued for making people happy.

Oh, but I'm being pessimistic, and that is going to cut down on my happiness quotient.  Since I can't move to a happy country this week, I will have to meditate.  I'll become a monk and live in the quietude of my own mind.

First, I will have to quell the riot.

But the pressure is off in one place at least.  I can give up on trying to be liked.  I live in a country where you don't have to be popular to be president.
Posted by cafe selavy at 9:27 AM