I Like to Take photos, but I’m Not a Bad Person 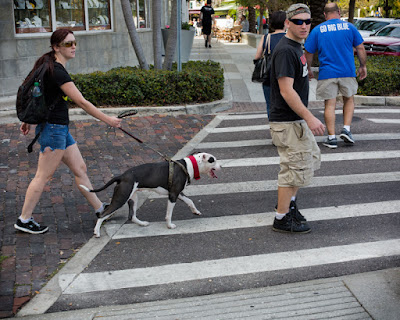 I go to bed or I wake up thinking that I am going to write about one thing, then I read the morning news and it is all gone.  I should do two posts this morning, one about what I read, and one that continues the topic I have been writing about the past couple of days.  I wanted to talk about the difference between the street photographs of Gary Winogrand and Vivian Maier.  I had gone out shooting with my 35mm Leica one day and then had taken only my medium format Hasselblad the next.  It is quite a contrast in styles, and I wanted to speak about that.

But that's not going to happen today. 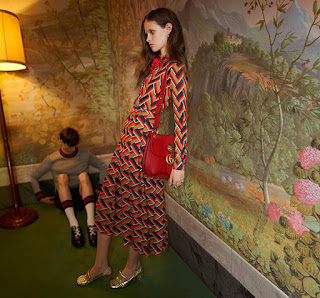 This image was banned from being shown in a Gucci ad in Britain because the model is too thin.

LONDON — The model in the Gucci ad is young and waiflike, her frail body draped in a geometric-pattern dress as she leans back in front of a wall painted with a tree branch that appears to mimic the angle of her silhouette.
On Wednesday, the Advertising Standards Authority of Britain ruled that the ad was “irresponsible” and that the model looked “unhealthily thin,” fanning a perennial debate in the fashion industry over when thin is too thin.
The regulator said that the way the woman in the image had posed elongated her torso and accentuated her waist, so that it appeared to be very small. It said her “somber facial expression and dark makeup, particularly around her eyes, made her face look gaunt.” It said the offending image — a still photograph of the model that appeared in an online video posted on the website of The Times of London in December — should not appear again in its current form (source).


I didn't really care much for the photograph until I read that.  Now it is my favorite photo of the day.  I like that the regulator had such an eye for art.  His description of why it couldn't be shown reveals a truly critical eye.  I think he's done more to bring back heroin chic than anyone has in a very long time.  He's like the cop who tells you if you smoke marijuana you'll turn into a pumpkin.  It is more difficult to be thin than to be fat--trust me--so thin will always carry more weight, so to speak.

A friend sent me an article from Esquire magazine last night about the death of Merle Haggard, then I read about it all over the news this morning.  He was 79.  That's crazy.  I mean, you can eat a Mediterranean diet and drink your own urine and not live that long.  I imagine that Keith Richards is grieving more than most of us today.  I wonder if they were pals?

But the top story by far was this one.


Las Vegas in the 1950s and ’60s had the Rat Pack. In Los Angeles in the ’80s there was the Brat Pack. Now, New York has become home base to a young, wealthy and itinerant group that one may think of as the Snap Pack. For them, taking photos and videos for Instagram and Snapchat is not a way to memorialize a night out. It’s the night’s main event.

And what a crew they are--Robert Kennedy Jr.'s daughter, the granddaughter of Matisse, another Hilton. . . and more!


Ms. Matisse, who said she is a method actor — “it’s my passion” — graduated in 2015 from New York University, where she studied “the self and other identities,” she said, “the Eastern psychology of ourselves and Buddhism and how the East is so much different from the West and it’s all very interconnected.”

I am too old to feel challenged by them at all.  I get a big kick out of them, just as I did Paris Hilton before them.  Theorists and critics keep trying to put an end to these sort of shenanigans, but they can't.  It is in the blood, so to speak.  But criticism is the coinage of theory, and a person has to make a living, right?  I know my younger friends, those from the hipster generation, will feel deeply challenged by the Snap Pack, and will be their greatest critics.  It is a terrible thing when you realize you and your friends didn't win anything.  I know.  It happened to me long, long ago.  Now I can simply watch the show.  And what a show it is.

Here is my favorite quote from the article: 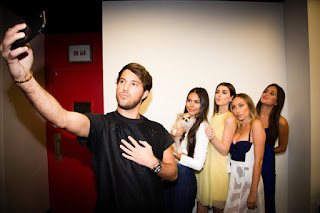 Before appearing on the show, Mr. Warren takes a group photo with his friends/models, from left, Ms. Benitez, Ms. Kennedy, Ms. Matisse and Alexa Greenfield. “I party and I have fun,” Mr. Warren said, “but I’m doing something serious.”


Asked which ‘women who write’ had inspired him, the 84-year-old nonfiction writer said, ‘None.’ That’s when he started trending (source).


That, my friends, is a promising start to a day that is trending toward missing The Donald.  People are happy.  They will get Cruz instead of Trump.  I'm checking out.  I'm going to do my best to keep up with the Snap Pack.
Posted by cafe selavy at 8:49 AM