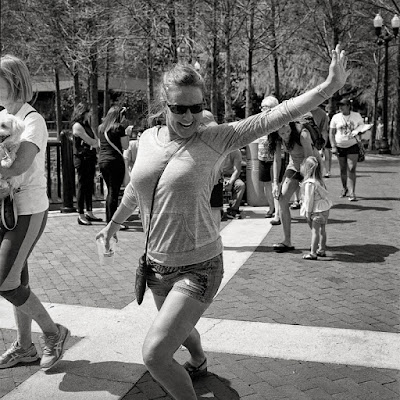 They were dancing in the streets last night!  Kobe scored sixty points in his last Mamba dance in the NBA.  Meanwhile, the Golden State Warriors set a new NBA record for most wins in a season.  Give me a drink and let's get to partying.

People want to be distracted from the horrors of the everyday world.  There are many.

I got two rolls of film back from processing yesterday.  I was anxious to see the images, of course.  Out of the twenty-four, one of them is almost O.K.  I can't seem to make an interesting picture any more.  I am not sure what is wrong.  I have improved technically.  I mean I can make decent exposures and I am able to approach strangers pretty well now.  Beyond that, though. . . there is little.  I have some ideas, but it all takes a lot of work, and I already have a lot of work.  I miss the studio terribly, but I have to get over it.  This is the new reality.  Achieve or be forgotten.

I have been mostly forgotten now.  As it should be.

If I were to guess, I'd say that this picture was taken the day the Chicago Bulls set the old NBA record for most wins in a season in the late '90s.  It must be in our genetic composition.  People do much the same thing when they see a camera.  The kid didn't even need a beer.  Probably.  Maybe. 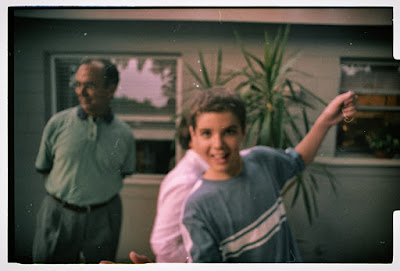