The Desires of a Very Busy Man 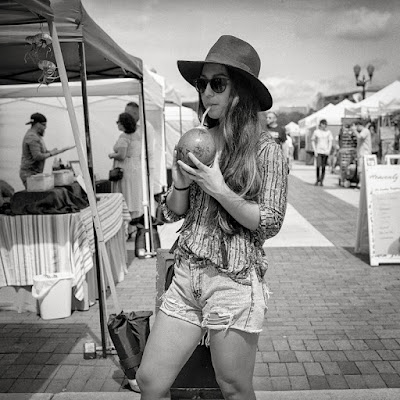 I want this.  It is not the only thing I want, and it is not the best camera in the world.  It is a good camera that does certain things, and it is a still photography camera minus all the crap that companies have begun putting into them.  It doesn't make videos.  It doesn't have an EVF finder.  It is just like the old film Leicas, only digital.  And because of this, it is lighter in weight and costs much less.

What a great idea.

See for yourself (link), (link), and (link).  You will either think me crazy or you will want one, too.

O.K.  You will think me crazy.  Especially considering that I rarely get out to shoot with the cameras I have.  As you know, last weekend I missed the Show or Meat Goat Judging at a distant county fair.  But there is some hope.  I want to take photographs of old circuses and carnivals, but they barely exist.  All you get now are the ones that are made to perform in arenas.  They are laser light shows.  So I decided to Google circuses around the world.  There is an Italian circus that may be o.k.  Years ago, I saw a circus setting up in the distance while riding a bus through Austria.  It was a tent circus of the old sort.  That was the one, the Ur Circus of dreams, the one I despair of ever finding again.  But. . . online, I did find a Mexican circus that was going to be performing in Dallas.  So I wrote to them.  I told them that I wanted to come and photograph behind the scenes, to do a sort of day-in-the-life photo documentary about them.  I forgot about writing them, though, as my life is a mess of things right now.  Yesterday, however, I got a return email from the man in charge, Senior Del Rio.  He didn't say yes, but he didn't say no.  He said he would let me know.

No I wouldn't.  I would just want to have it.

I don't have much hope, really, that the circus will invite me to come with open access.  They will be thinking, "What is in it for us?"  Let's hope they will realize that I will make loving portraits that will last more than a lifetime.

Oh, there are no animals, though.  Believe it or not, Mexico has recently banned them from circuses.  I know. . . right?  So I am thinking outside the box.  Indonesia?  Borneo?  Maylasia?  The Philippines?  Sumatra or Jakarta?  Surely.

I will research this today.

Meanwhile the house and the factory are eating me alive.  I have a huge meeting today all afternoon.  Tomorrow I must get up, rent a truck, remove all the wood from the old deck and take it to the dump, stop at the lumber yard and pick out the new wood, stop at the nursery and pick up Asiatic jasmine, drop it off at the house, return the truck, then come home and plant the jasmine.  Next week, I must take off from the factory to help rebuild the deck.  Then I must begin scraping the house and the apartment (two houses) and begin to paint.

As you can see, a brand new Leica would be very, very useful.
Posted by cafe selavy at 8:42 AM