The Arrogance of Knowing 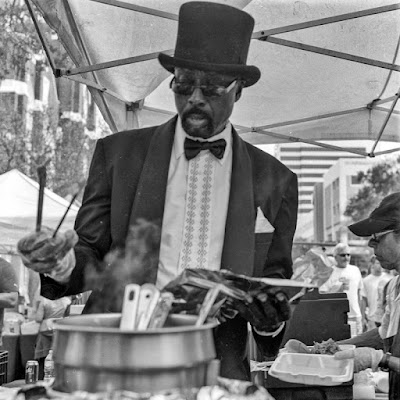 I guess there is an arrogance of knowledge at every level.  If you know something and someone else doesn't--advantage you.  And so it is at the lumberyard.

Let me get this out of the way before I go on with my simple tale.  Home improvement projects suck. I'm sick to death of mine.  Things go right until they don't.  Trying to do something you don't do and are not quite sure how to do is stupid.  That is why I hired the handyman.  But I was trying to save money and he was only helping.  Now he is gone and I have a problem.

The problem is that I bought wood from the lumberyard that isn't decking material.  There is bark all over the edges of the boards.  I just can't use it for finishing the deck.  So I called the lumberyard to tell them.  O.K. they said, come on down and pick out your wood.

I went yesterday morning.  The man at the sales desk said he would have to charge me for the wood I picked out for delivery today but that they would refund me the money when the other wood came back.  That sounded fair, so I paid the bill and he said to go talk to one of the guys sitting on the bench outside and he would take me back.

He did.  He took me back to a fellow in another building who started yelling that he didn't have a ticket on this.  "Who helped you?" he barked in a rough tone.  "One of the salesmen," I said.  "You need to go back in and tell him to get me a ticket.  I can't get this wood to you today. . . blah blah blah. . . ." He relished being King of his little realm.

I went back inside and the fellow who helped me had already spoken to the fellow who was yelling.  "C'mon," he said, ticket in hand, "I'll take you back."

"It's all going to look the same," he said.  I looked at him and he reluctantly cut the plastic strips holding the wood in place.  He wasn't going to help me beyond that.  I tried turning over some of the sixteen foot 2x6s.  They did all look the same--like Fido's ass.  "That's what number two wood looks like."

"How much more does it cost for number one wood?"

"I don't know," he said disparagingly.  "It isn't going to look any better.  It's all graded by structure, not look.  It just ain't going to have as many knotholes."

"Most people use the one and five eighths inch decking boards."  We looked at them.  They were all beveled on the edges, but this is what my handyman had advised against.  He said we would have to build the crossbeams closer together, that the way we had built it would be too spongy.  I was tired of struggling to turn over the boards, sick of looking at wood, and I was way done having the fellow with the name look at me like I was an idiot.  I wanted to say, "Do you know the Pythagorean Theorem?  I can do equations.  You know about wood.  I just want some help, fucker, not your idiotic looks."

But of course I didn't.  For a number of reasons.  I am not that sort, I like to think.  I don't go out of my way to make other people feel bad.  Another reason, though, is that I would have gotten a pretty good beat down, and I didn't want to try that, so I turned away toward the showroom.

"Thanks," I said.  I could feel him looking at me as I walked away.

I didn't go to the showroom, though.  Rather I stood by my car and called my buddy.  I guess I was looking for advice.  I tried explaining my dilemma, but he was trying to tell me about his trip to the cardiologist.  He had gotten some reassurance he was fine.  My board problems paled.  His advice was that I should go to Home Depot and look at the wood there.  Fuck everything, I thought as I got into my car and drove off.  I wasn't sure what to do at all.

When I got home, I called the lumberyard.  A woman came on the line.  I explained my situation to her.  She said she would call me back with the price of two kinds of wood, number one and something she called master grade.  That, she said, would be the best looking.  In a bit she did call back and gave me the price.  Master grade was over twice as much.  Shit, piss, fuck.  I told her I'd call her back.

But I had to go to work.  I had already missed two days this week and it was getting late.  I decided that I would leave work early and stop at a Home Depot on my way back.  I was buying time.

Skip ahead.  The wood at Home Depot was much better.  Much.  But the price was in the middle of the number two wood I had bought already and the price of the master grade that I might buy.  And there was a pretty hefty delivery price from Home Depot, too.

I walked back to my car, miserable.  It was four o'clock and the lumberyard closed at five.  I had to make some decision.  I called the handyman and told him all I knew.

"Why don't you just get the one and five eighths.  It's a lot cheaper than the two by six."

"That's what you told me not to buy!  You said it would be too spongy!"

"What about the crossbeams?"

He wasn't really invested in the conversation.  He was getting ready to drive four hours south to see his girl.  Finally I realized that I was on my own.

I sat in my car and stewed.  It was my fault, I thought.  It was all my fault.  I wanted to do the job but let someone else take the responsibility.  "You can't do that, "I thought.  "That is your mistake."  And it is true.

I called the lumberyard.  I decided to just go ahead and buy the master grade.  I was going to buy my way out of this problem.  I was.  I was ready.  But. . . the jerky boy on the phone couldn't figure out how to change my order.

There was no way I could get there before they closed.  They wouldn't be open again until Monday.  So I said, "I'll come in next week.  Just don't have them deliver any wood on Monday."

The wood sits in my driveway now.  Last night, it rained.

I don't know how this story will turn out.  I just know why rich people live longer than poor people.  They don't have to worry about this shit.  It may sound silly, but I am stressed out to the max.  It is not only the decking that I have to worry about.  If that was all. . . but it isn't.  It never is.  I am living in a shit storm.  This is only one part of a very difficult equation.

Did I say I know how to solve equations?  That may have been hyperbole.  With my luck, the fellow with a name would have been some sort of savant.  And that, of course, would have been point--game--match.  The one with the knowledge has the advantage.

So today I can't finish anything.  I am alone for the weekend and beat and sick and worn down.  Everything will stay in a state of disrepair.  If I could, I would finish it off.  But the sky is cloudy still.  The shit storm isn't over yet.  Did I tell you that there is something seriously wrong with my car?  Oh, yea, oh, yea.

I guess I won't be buying that Leica any time soon.

And I guess I'm not much of a cowboy.
Posted by cafe selavy at 9:29 AM